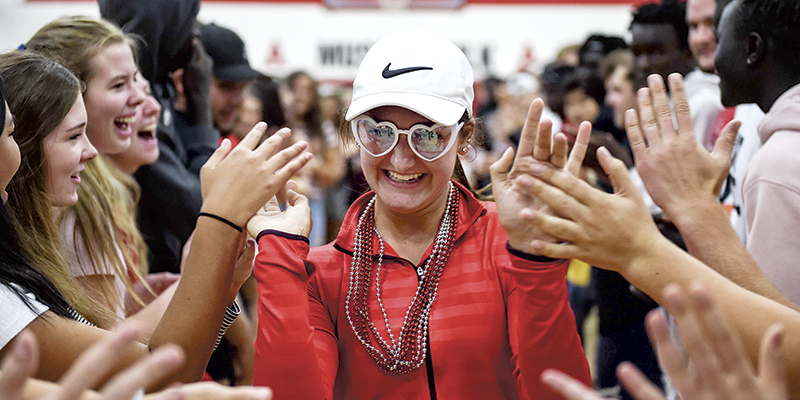 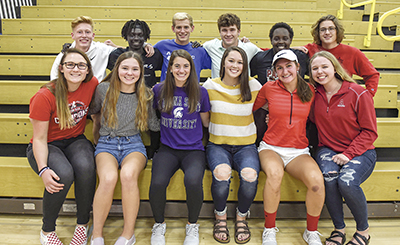 Austin High School students were hailing the scarlet and white on Friday as Homecoming Week 2019 has officially kicked-off.

Packer Gym erupted into a flurry of school spirit, as students from each class celebrated the kick-off for Homecoming Week. Cheerleaders led chants, students competed against each other in an intense game of Rock Paper Scissors, and then the Spirit Week Fashion Show had participants showing off various apparel for the next week’s themed-days, such as Spam Day, Dress-Up Day and Battle of Connects Class Colors.

Next week will be packed with various activities such as a pep fest, bonfire and parade to have students get pumped for the upcoming football game against Mabel-Canton on Friday, with Saturday being the night of the Homecoming Dance.

Normally, 10 students are chosen to be on the court based on the number of nominations received by their peers. However, there was a tie between two students, which meant that 12 students are on the court. Coronation will be next Wednesday.

As each nominee was named, the student ran through a tunnel formed by their fellow classmates and joined a growing line of court representatives.

Elisha Simerson, a senior, was stunned that he was one of the nominees for this year’s Homecoming King, and was pumped for next week’s festivities and football game.

“I was extremely happy,” Simerson said. “I didn’t think I was going to get picked. I’m most excited for Battle of Connects. That’s always fun. I’m so excited for Homecoming.”

Rallying for Nate: Family and friends get behind local…