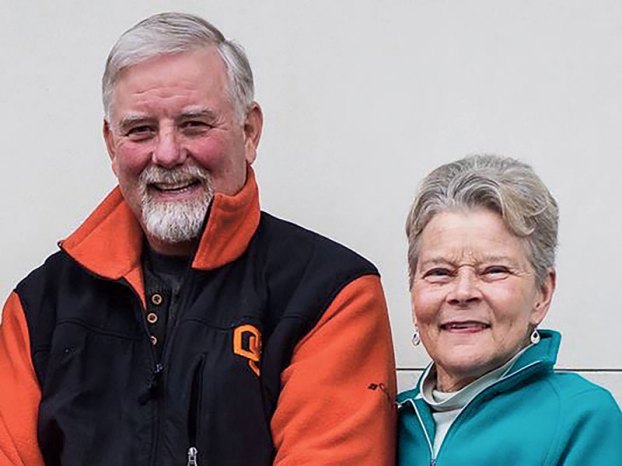 Virginia “Ginny” Kay Golberg Baynes (1949 – 2019) had a lifelong love for her hometown, Austin.  She grew up here before leaving for college and her dad, Phil Golberg, was the manager of the Terp Ballroom. Her mom was a teacher at Austin High School.

After Ginny went out into the world, she made a point of maintaining her early Austin friendships.

Ginny’s indomitable spirit carried her through a life of struggles.  She survived polio at 19 months and the loss of her mother when Ginny was nine.  Polio left her with a noticeable limp.

Those events early in life made her a strong and determined person. After her graduation from AHS, she graduated from Augsburg College in 1970, and later earned her MBA in Portland. She was in high-tech marketing.

Ginny and Mike Baynes were married in 1970. They moved to Portland, Oregon, in 1977. Ginny faced her next big challenge when she was afflicted with kidney disease.  Her mom and brother had died from the genetic disease. In 2004, she received a kidney from a great church friend. She had just celebrated her 15-year anniversary. 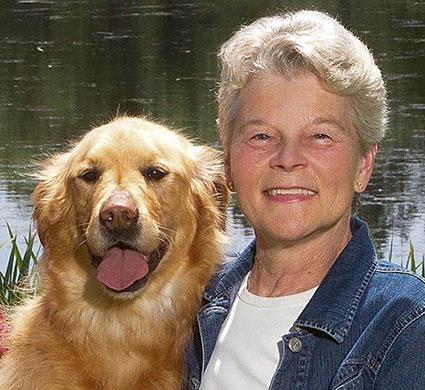 Other challenges were bouts of pneumonia, a hip replacement and later brain surgery for an aneurysm. She took her hospitalizations in stride, knowing that she wanted the best quality of life.

Ginny was a humanitarian. She worked to provide healthcare for low income families and she volunteered for programs to help people through her church. She was devoted to Habitat for Humanity, Water Project for Haiti, and Christ Church’s service team.

Ginny started an initiative to connect living donors to those who needed a kidney transplant and her love of animals guided her to work tirelessly for Golden Bond Rescue, providing forever homes for rescued Golden Retrievers. She lived the phrase, “Be the change you wish to see in the world.”

Ginny lived life to the fullest by her intelligence and optimism. She was an avid swimmer, reader, and gardener and, along with Mike, loved to travel.  Their spirit of adventure took them rafting on wild rivers, hiking in Utah parks, traveling to New Zealand, Norway, South Africa, the Arctic, Costa Rica, the Galapagos Islands, Alaska and Patagonia. She never let her health concerns overshadow her endless curiosity and love of the natural world.

Mike and Ginny were on their dream trip of a lifetime. They were in Africa to see the great migration in the Serengeti when Ginny became ill and died.

Her passing has left a hole in the hearts of those who loved her.  Besides her husband, Mike, she leaves her beloved friends, Rosalie Seltz, the Berven and Davison families and many dear friends from Austin and around the country. Services have been held in Portland.

Ginny was truly a life of inspiration.

This week I want to tell you about a new event that the Hormel Historic Home is having on Sunday,... read more