With this year’s legislative session is completed, the budget investments and policy changes passed in St. Paul are beginning to take effect this summer. Aug. 1 marks the last major date for laws to kick in, with the previous wave of new laws having been July 1. 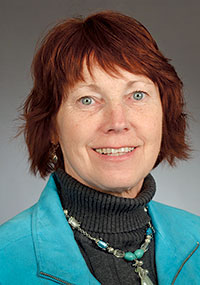 The majority of our work this past session focused on the state budget, and making sure state agencies, along with the programs and services Minnesotans rely on, are receiving the support they need. From school districts across the state receiving per-pupil funding increases, to improvements in our election security, the overall budget fulfills our obligation to fund Minnesota’s needs.

In addition to critical budget investments, new policies are also being enacted. Members in the Minnesota House and Senate were able to come together this session and pass some of the strongest wage theft prevention and enforcement laws in the nation. The new policies passed this year will hold accountable those who would seek to cheat employees out of their hard-earned wages.

Significant strides have also been made in combating the opioid crisis. This summer, in order to assist communities struggling with the public safety costs from this crisis, opioid manufacturers will start being held accountable for a situation they helped create and profit from. New revenue fees on manufacturers and distributors will be put towards prevention and treatment.

Much of our policy work surrounding agriculture took effect August 1st. These new laws are largely technical updates aimed at improving the industry, such as waiving the 72-hour time limit for milk storage in the case of natural disasters or an emergency.

A new law you’ve probably heard about is the new “Hands-Free” law. Starting Aug. 1, drivers in Minnesota may only use a mobile device in a hands-free mode while behind the wheel without risk of a monetary fine and penalty. Families telling personal stories of countless avoidable tragedies where distracted driving was to blame, along with professional organizations who understood the benefit of tighter restrictions, became a strong coalition in support of this legislation. With similar laws in other states leading to a decrease in accidents, this legislation is expected to make people more aware of their driving habits and should work to make our roads safer.

This new law allows a driver to use their cell phone to make calls, text, listen to music or podcasts, and get directions, but only by voice commands or single-touch activation without holding the phone.  Also, a driver may not use their phone at any time for video calling, video live-streaming, gaming, looking at video or photos stored on the phone, using non-navigation apps, reading texts, and scrolling or typing on the phone. While there are exceptions for situations when it’s necessary to contact emergency services, drivers should plan on ignoring their phones when behind the wheel.

The Minnesota Office of Traffic Safety offers an extensive amount of information on the new law, which can be found online at dps.mn.gov. If you have any questions about these new laws or the legislative process, please feel free to contact me at (651) 296-4193 or rep.jeanne.poppe@house.mn.

Sarah Lysne: The joy of a compassionate health care team

Annie Lane: Setting boundaries for the sake of family