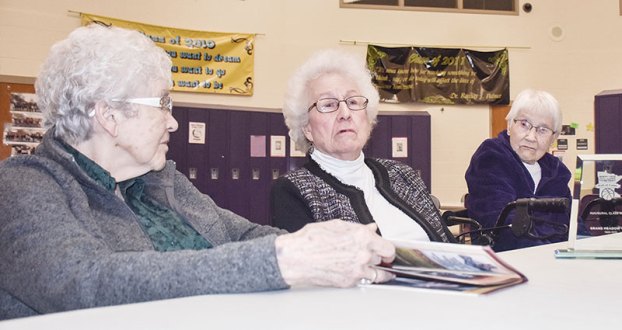 The Grand Meadow girls basketball teams that ran off 94 straight wins from 1929-1939 will be inducted into the Minnesota State High School League Hall of Fame at the InterContinental Saint Paul Riverfront Hotel at 1 p.m. on Oct. 20.

The players who are still alive from that era are Beulah “Travis” Ankeny, Mae “Harvey” Gross, Hazel “Peterson” Blanchard and June “Wright” Kramer.

The same group of players was inducted in the Minnesota High School Basketball Hall of Fame in 2018. GM’s dynasty ended when girls basketball was outlawed in Minnesota. Girls basketball came back when Title IX brought back girls high school sports in 1972.

“I was mad. They told us we could be cheerleaders for the boys and that’s what made us mad,” Gross said in March of 2018. “I did it, but they didn’t go hog wild on cheerleading then. I would’ve rather played basketball. It was good exercise and we had good coaches.”

The Austin girls tennis team opened its season with a pair of losses as it lost 7-0 to Winona and... read more