Tha Im, also known as Tha Tony Im and Im Tha, 45, of Austin was sentenced to 10 years of probation for felony second-degree sales of 10 grams or more of a narcotic other than heroin. 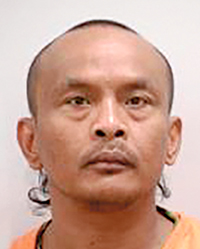 Court documents states that narcotics detectives met with a confidential reliable informant (CRI) about purchasing methamphetamine from Im on May 9, 2018. The CRI advised that Im would sell ½ an ounce of meth for $500. The CRI and his vehicle were searched and he was given buy money and fitted with an audio recording device. The CRI then picked Im up at his residence in the 200 block of 12th Street Northeast and drove to another part of northeast Austin. Im then exited the CRI’s vehicle and returned 20 minutes later.

The CRI met the detectives at a predetermined location and surrendered 12.93 grams of methamphetamine. He also informed them that Im had to pick up the drugs from his “source” and sold it to him when he returned to the vehicle.

A similar operation was carried out with the same CRI on June 13, 2018, in which the CRI purchased 13.36 grams of methamphetamine from Im, which he turned over to the police.

A review of Im’s criminal history shows prior convictions for domestic assault and a firearm violation.

In addition to probation, Im must perform 40 hours of community service, follow 23 conditions and pay $3,085 in fees and fines. Failure to follow the conditions could result in 81 months in prison. 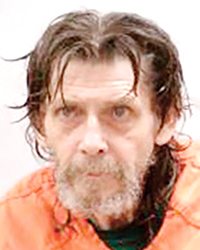 Wayne Douglas Nystel, 61, of Mapleview was sentenced to five years of probation for felony third-degree drugs-sale of a narcotic.

A second charge of felony third-degree drugs-sale of a narcotic was dismissed at the sentencing.

Court records state that narcotics detectives met with a confidential informant (CI) on Aug. 9, 2018, about purchasing methamphetamine from Nystel. The CI met with Nystel at his residence in the 100 block of Graham Street in Mapleview and purchased 1.36 grams of methamphetamine.

The CI made a second purchase from Nystel on Aug. 30, this time for 0.66 grams of methamphetamine.

The CI and his vehicle were searched before each meet and the police gave him an audio transmitter and buy money. The CI met with police at a designated spot after each purchase and surrendered the drugs.

A review of Nystel’s criminal record shows prior convictions for drug sales.

As part of his probation, Nystel must perform 40 hours of community service, follow 15 conditions and pay $2,085 in fines and fees. Failure to follow the conditions could result in 33 months in prison.

WASHINGTON — A U.S. warship on Thursday destroyed an Iranian drone in the Strait of Hormuz after it threatened the... read more