Bobby was born on Nov. 29, 1924, to Kenneth and Agnes (James) Earl of rural Austin. After graduating from Austin High School, he worked several jobs, including ranch hand in Montana for part of a year. In 1944, he enlisted in the U.S. Army and served in the 10th Mountain Division in 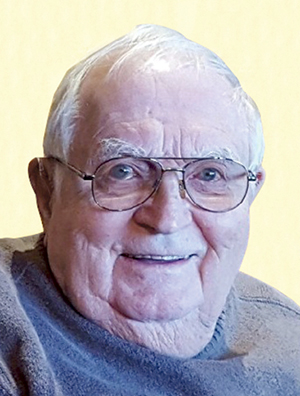 Italy, where he received the Bronze Star and Purple Heart Medals. On July 19, 1947, he and Darlene Hyland were married at St. Olaf Lutheran Church in Austin. Bob became a fireman at the Austin Fire Department in 1950 and retired in 1978. Since then, Bob enjoyed doing some traveling with Darlene, doing projects in his shop and working his hobby farm. He also loved spending time with his buddies at the Olaf Damm VFW Post 1216 in Austin. He was loved by all who knew him and will be greatly missed.

Funeral services will be held at 2 p.m. on Tuesday, July 30, 2019, at Cornerstone Church in Austin with the Rev. Todd Dube officiating. Military rites will be conducted by Olaf B. Damm VFW Post 1216 and Austin American Legion Post 91. Interment will be in the Fairview Cemetery in Oakland, Minnesota. Visitation will be held from 5-7 p.m. on Monday, July 29, 2019, at Clasen-Jordan Mortuary and will continue for one hour prior to the service on Tuesday at the church.