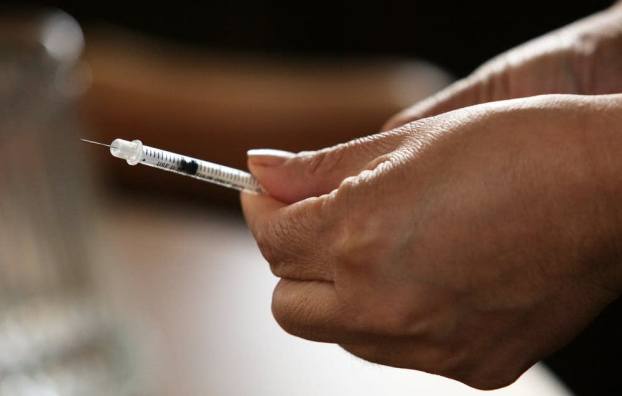 Lawmakers say they’ve agreed on a plan to get emergency insulin to those who need it. Alex Kolyer for MPR News 2011

Minnesota lawmakers agree on insulin plan but not how to pay

Lawmakers working for months on a way to help Minnesotans struggling with runaway insulin prices say they’ve agreed on a plan to get emergency insulin to those who need it.

However, there’s no deal yet on how to pay for it, and Capitol leaders haven’t signed off on it.

Under the proposal, people who meet financial requirements and have been prescribed insulin could go directly to most pharmacies to receive a short-term, 20-day supply. After that, qualifying patients could receive a “stopgap” insulin supply for up to an additional two months.

“Right now, there is no system, it’s a total mess,” said Sen. Matt Little, DFL-Lakeville, who convened private talks with a group of lawmakers from both parties and the House and Senate to reach the deal. “Coupons or rebates won’t save someone in an emergency, and even with discounts the price of insulin is irrationally and unaffordably high.”

DFL Gov. Tim Walz and leaders in both parties at the Legislature tried to hammer out an agreement during last session after hearing the heartbreaking story of Alec Smith, 26, who died while trying to ration insulin because he couldn’t afford his needed supply.

The cost of insulin has tripled in the last 10 years, according to the governor’s office.

Heading into final budget talks in late May, the House and the Senate passed bills with overwhelming majority votes to start addressing the rising cost of insulin. But negotiators were unable to come together on final language before the session ended.

It’s possible lawmakers may try to come back in a special session, although how to pay for it remains a sticking point. One plan had called for a fee on insulin makers, but Walz said last month that drug companies’ unwillingness to pay for the proposed emergency insulin program has been a big hurdle.

Walz on Monday reiterated that the insulin makers should pay for the cost of the emergency aid, that he wants a fee on manufacturers and that he would not call a special session unless a payment structure involving the companies is in place.

State Sen. Jim Abeler, R-Anoka, who was in on the talks with Little and other lawmakers, added more caution, saying the announcement of a deal was “premature. What we don’t agree on is the money source and how to make it sustainable, and those are not small matters.”

While they made progress around eligibility requirements and how a program would be administered, he said it was up to Walz and legislative leaders to finalize the deal and call a special session.

“Now it’s time for them to be a part of this. They have not been a part of this discussion,” he said. “We’ve put the ball in their court.”

APOPKA, Fla. — The case against a Florida man accused of harboring ducks and wild chickens has been dropped after... read more