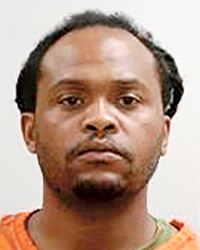 Dominique Lamar Knox, 36, of Austin was charged with two counts of felony second-degree drugs-sale of schedule I or II narcotic in a park zone-subsequent offense on Thursday in Mower County District Court.

According to the court complaint, narcotics detectives met with a confidential reliable informant (CRI) on June 11 and 12 about purchasing heroin from Knox. On both occasions, the CRI and his vehicle were searched and he was provided with an audio transmitter and buy money.

Police monitored the CRI as he met Knox near the Roosevelt Bridge, located in a park zone, for both purchases. Knox sold the CRI 0.66 grams and 0.81 grams of heroin respectively, after which the CRI surrendered the drugs to police.

A review of Knox’s criminal record shows prior convictions for theft, drug possession and drug sales.

Knox will appear in court again on Aug. 8.