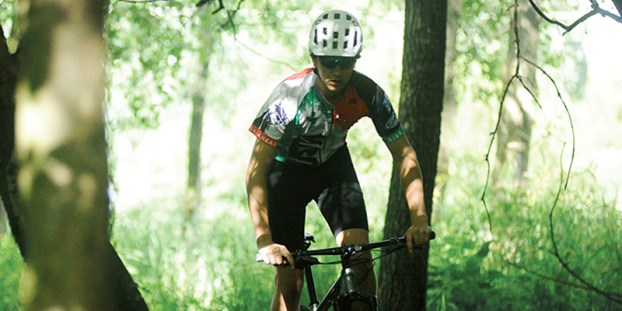 Leader on the track: Austin’s Regner has excelled in cycling

For the past four years, Logan Regner has gained a lot of steam with the Austin cycling team.

Regner, who will be a sophomore this fall, is expected to be one of the leaders when Austin opens its season at the mountain bike trail near Todd Park on Aug. 24-25. Regner has been on the team since he’s been a seventh-grader.

“I always liked bikes. In my first year on the team I was up there a little bit in races and I kind of got really competitive,” Regner said “I was finishing in the top five and top 10 and I was always riding around.” 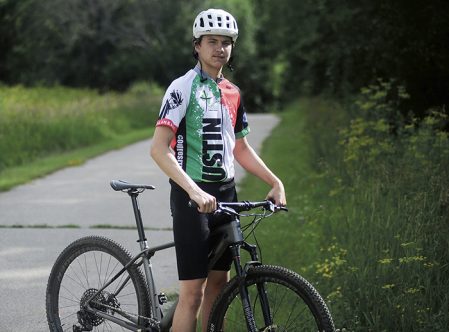 Logan Regner of Austin has stepped up for the Austin cycling team over the past few years and he’s ready to take the next step when the team begins the season in late August. Rocky Hulne/sports@austindailyherald.com

Regner has seen the team grow from approximately 20 riders in his first season on the bike four years ago to a size of nearly 40 riders this year. Austin’s mountain bike track has also grown from three miles to five miles in that time span.

Regner has learned a lot on his bike over the past few years, but he still finds the start of the race thrilling and confusing all at once.

“When you get on the trail and start a race, you’re just trying to stay up with people. You’re trying to pace yourself and you’re trying to keep up with the fast riders up front,” Regner said. “You can’t really tell if someone’s just messing with you and sometimes they’ll get you and you’ll crash sometimes, but it’s really fun.”

While Austin has stuck to a JV schedule ever since the team began in 2014, Regner is hoping he can eventually make the leap to become Austin’s first ever varsity rider.

“I think by my junior or senior year I could race on varsity. That’s my goal,” Regner said. “(The team) getting more and more popular as people start to hear more and more about it. I like the feeling of competing with teams across Minnesota. I’ve always wanted to compete with the better people and I always try my best in everything I do. When I come to practice I do my best, I help others out and I try to get better.”

Regner has taken it upon himself to compete in a five mile race in Rochester every July to prepare for the cycling season over the past few years and he stays active on the trails in town as much as he can.

Regner, who watches movies and videos on mountain bikes to get better, said his ultimate role model for cycling was former Austin coach Tracy Brown, who moved away a couple of years ago.

“He was a really good coach,” Regner said. “He did all of the technical stuff and he basically taught me everything I know.”

Austin will compete in five regular season races this season. 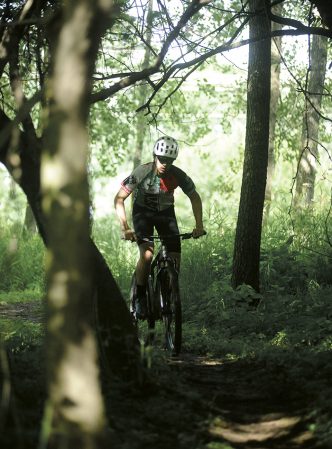 Learning from the best: Austin football team practices with a three-time Pro Bowler