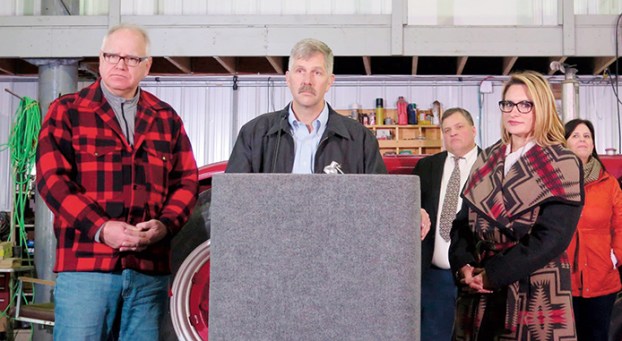 Lawmakers propose ‘radical’ change at DHS after leadership exodus; Recent resignations have renewed a push from legislators to break up the sprawling, $18B department

Families on welfare, children in the foster care system, sex offenders, seniors in long-term care facilities, people living with disabilities or struggling with mental health or substance abuse — in Minnesota, all depend on services from a single state agency: the Department of Human Services.

The sprawling, $18 billion agency makes up one-third of the state budget every two years and has the largest number of state employees overall, in part because of the stunning number of services it provides Minnesota’s most vulnerable residents. And in recent days, it has been an agency in turmoil because of a series of leadership resignations.

The exodus comes just six months into Gov. Tim Walz’s administration, who has appointed Pam Wheelock to lead the agency in the interim and promises no disruption of services for Minnesotans.

Wheelock said Wednesday that Johnson and Wilson had rescinded their resignations and would stay on at the agency.

The situation has left Minnesota lawmakers seeking answers about what’s going on inside the agency and — for some — fueled a push to reorganize and break up the massive department.

“I’ve been on more health care task forces than I care to think about, and they never come up with actual reform, they just come up with another program to pile on top of an existing program,” said Sen. Michelle Benson, R-Ham Lake, who chairs the committee that oversees health and human services spending. “I think it’s time for us to take a radical look at the way the Department of Human Services is structured, and the culture at human services.”

At its core, the department’s largest mission is to provide economic assistance and health care coverage to low-income Minnesotans, from families on welfare and in need of food stamps to people who work but can’t afford their health insurance. The department handles billions in state funding as well as federal grants.

But it has plenty of other functions: it provides legal services across the agency and houses its own IT staff. The agency has its own branch that investigates fraud and abuse in human services and another that oversees licensing of healthcare and other facilities. It also provides treatment to 731 sex offenders housed in high-security facilities in St. Peter and Moose Lake.

The only thing that connects services for families on welfare, for example, and sex offenders in treatment is the fact that they are both housed within the same department.

Breaking up the agency is not a new proposal, and it’s not just Republicans who are interested in the idea. In 2015, after months of work, former DFL legislator and House Speaker Paul Thissen submitted a proposal to divide the department and it’s roughly 20 divisions into five separate state agencies, reorganizing existing staff to avoid additional cost to taxpayers. Currently, the agency has two deputy commissioners and five assistant commissioners.