Joyce Francelia Underdahl, 95, died peacefully on Wednesday, July 17, 2019, at home in San Marcos, California, following complications from Alzheimer’s disease. She was a kind and loving mother, grandmother and great-grandmother. She will be greatly missed by her family and friends.

Joyce was born on Aug. 12, 1923, on the family farm near Harmony, Minnesota, to parents Artie and Maude Johnson. She attended a one-room school, skipped two grades and graduated from high school at the age of 15. She then worked as a waitress in her parents’ cafe in Adams, Minnesota, and married Philip Clinton Underdahl shortly after turning 18. She and her husband lived across from the café, where she continued to work as a waitress, while bearing their two sons, until moving with her family to a new house a mile west of town in 1949. The family lived and worked there while she bore their two daughters. She continued her education at Austin Junior College and worked as a bookkeeper for the family business, Phil’s Garage. 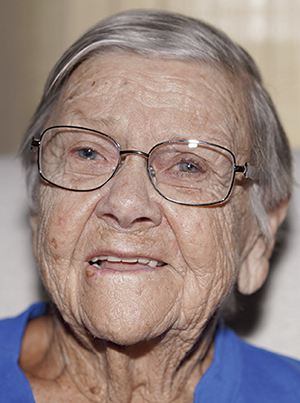 In 1974, she moved to Vista, California, where she worked briefly in the gift shop at Lawrence Welk’s village, and then for Carpenter’s Plumbing in Escondido, California, until her retirement at age 67.

In 1981, she earned an Associate in Arts degree in accounting from Palomar College.

Before her mother’s death in 1990, she provided care for several years while working full-time. Three years later she from Vista to San Marcos, where she lived near her sister and brother-in-law, Isabelle and Harry Shaw.

In 2007, she was diagnosed with Non-Hodgkin’s Lymphoma. She was treated with much chemotherapy and recovered completely.

She visited her children, grandchildren and great-grandchildren as much as possible and traveled, including riding a mule into the Grand Canyon, cruises to Catalina and Ensenada, the Caribbean and Alaska’s inland passages, travel to the Hawaiian Islands and two visits to Europe. 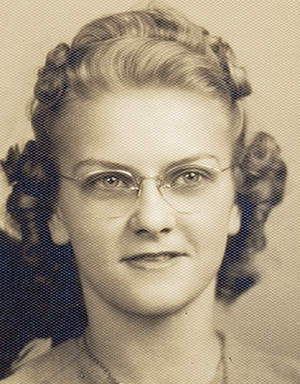 In accordance with her wishes, her body is being cremated and her life is being celebrated privately by her family and friends.