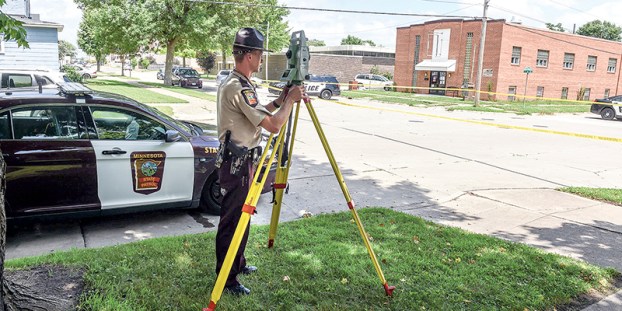 The MInnesota State Patrol was called in to help wth accident reconstruction Friday at the scene of a hit-and-run at the intersection of Second Ave. and First St. SE. Eric Johnson/photodesk@austindailyherald.com

Hit-and-run being looked at as possible assault

Austin Police are searching for a vehicle reportedly involved in a hit and run in southeast Austin late Friday morning.

According to Austin Police Lt. John Mueller, at around 11:53 a.m. a vehicle struck a pedestrian at the intersection of Second Ave. and First St. SE, called in by multiple reports. 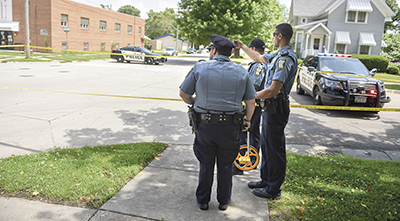 Austin Police officers look over the scene of a hit and run late Friday morning at the intersection of Second Avenue and First Street SE. Eric Johnson/photodesk@austindailyherald.com

Mueller said that both parties apparently knew each other and that the case is currently being investigated as a possible assault.

The victim was transported to Mayo Clinic Health Systems-Austin, though the extent of the injuries are unknown at this time.

Minnesota State Patrol was on scene to help recreate the accident.

Police aren’t releasing any more details at this time. Check back to the Austin Daily Herald as more information becomes available.