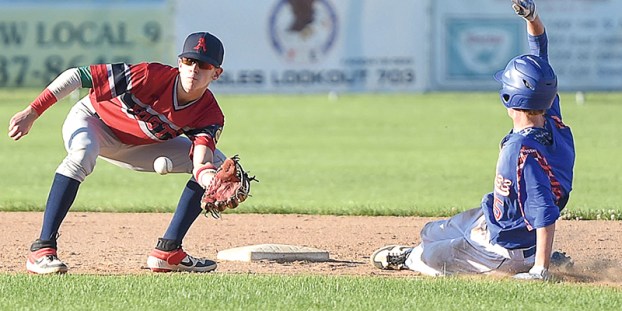 Austin’s Anthony Ciola looks the ball into the glove on a play at second against Kasson Thursday night at Marcusen Park. Eric Johnson/photodesk@austindailyherald.com

Drew Copley may have played baseball for Grand Meadow/LeRoy-Ostrander/Kingsland this past spring, but he feels right at home with Austin Post 91.

Post 91 (11-2 overall) is loaded with a strong group of players from Austin, but it  also has plenty of help from Lyle-Pacelli. LP’s Tanner Murphy tripled in a run to to drive in Austin’s first run and a lead it wouldn’t relinquish in the second inning. Another LP player, Bryce Strouf, pitched two relief innings and Zach Bollingberg also made an appearance. 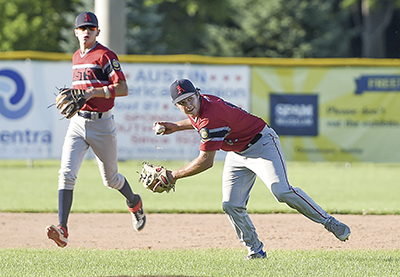 Austin centerfielder Andrew Schumacher said Post 91 is glad to have some extra help on its side this summer.

“I love having all of these guys on the team,” Schumacher said. “Drew is crazy talented at baseball and Zach is carrying on the Bollingberg legacy after his older brother Dan played here. Tanner Murphy had a big hit today and Bryce Strouf closed it out.”

Austin is closing in on the top seed for the District playoffs, which begin in a couple of weeks. Until then, Post 91 will try to keep momentum going in its favor.

“We’re hoping to get our pitching rotation set and get our bats going,” Schumacher said. “We want to start fast and finish fast.” 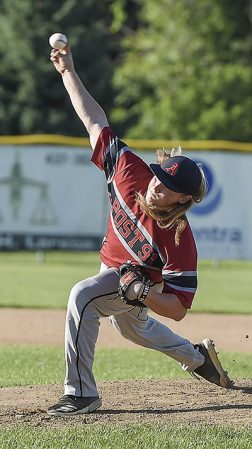 The Hayfield Fire Department will be holding the 2019 Chicken Fry and Street Dances July 12-13. The annual Field of... read more