Deann Ruth (Wangen) Poorman, 72, of Austin, Minnesota, passed away peacefully surrounded by family at home after a short but courageous battle with pancreatic cancer.

Deann’s light came into this world on June 21, 1947, in Albert Lea, Minnesota. Her family later moved to Austin, where she attended school through her graduation at Austin Central High School. She worked various jobs, had two children, and later attended real estate school, after which she went to work for Sterling Real Estate. Years later, she went back to work for Hormel Foods, this time in the payroll department at the corporate office until she retired in 2012. 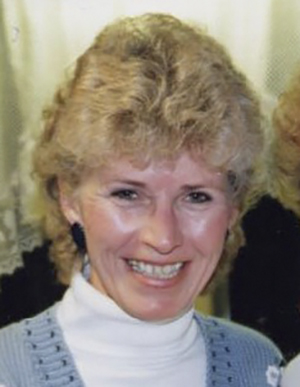 Deann’s favorite way to spend time was enjoying good times with friends and family while sitting out on the patio during beautiful summer days, often shaking dice or scratching/pulling tickets. Her time spent with her grandson, Jacob, while he was growing up was an absolute treasure to her. She deeply cherished her friendships and had an uncanny way of making instant friends everywhere she went.

She made it a point to go on a weeklong lake trip “with the girls” every year to celebrate some of those friendships. Deann especially enjoyed her winter getaways in Arizona with Kenny and her “sister” (friend) Sherri, who were often referred to as “the three amigos.” Deann’s positivity and fun personality were just two reasons she was loved by so many and why she will be so greatly missed.

There will be a celebration of Deann’s life from 4-7 p.m. on Saturday, Aug. 10, 2019, at VFW Post 1216 in Austin. Memorials can be made to Kenny Rensink or Angela Poorman for family’s choosing.