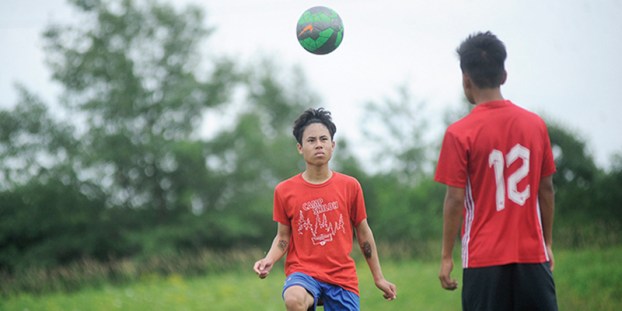 Cranking it up a level: Austin U16 boys team has taken its game to new heights

After taking home a Classic 2 state title last summer, the Austin U16 boys soccer team didn’t rest on its laurels, it upped the difficulty.

Austin’s U16 boys have already clinched a trip to the Classic 1 state tournament, which takes place July 24-27, as it won its division this year. Austin outscored its opponents 21-14 in the regular season. 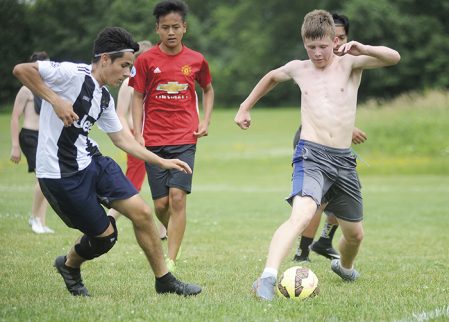 This particular group of Austin players has had a lot of success as they took second place at the U13 and U14 level and they outscored their opponents 78-16 while going 18-2-1 overall and winning state last season.

“We’re all connected by soccer,” said Austin player Billly Macias. “We’re basically family here and we’ve been playing soccer since we were little. It’s one thing we all love and we show that in practices and in games. We keep a positive vibe going.”

Austin has much of its team back from last summer, but the team received a welcomed addition when Peter Li moved back to Austin after having moved to Kansas. Austin assistant coach and former Packer Sam Bailey, who plays at Luther College and is in his second year helping out with this team, said that Li has given a boost to a team that was already extremely competitive.

“Last season they had an amazing achievement,” Bailey said. “This is really the same team, but Peter has really had a big impact on these guys and they’ve gotten better and better. They’ve just been playing great this year.”

The U16 boys have been lucky enough to have a goalie that has Minnesota Class A State Boys Soccer Tournament experience in Casey Berg, who started for the third place Packers last fall. The other members of the team, who haven’t cracked the varsity roster yet, are motivated by what Berg and the Packers did last fall.

“We want to take a step higher than the ones before us and we want to prove that we’re good. We’re going to keep working harder to become better,” Macias said. “We’ve been working harder in practice and we can see that it pays off. We’ve learned that taking the opportunity to play against better teams really helps us out.”

Poe Reh, who plays for the U16 team, had an older brother and cousins that have played for the Packer varsity team and he has received plenty of guidance from his older relatives. 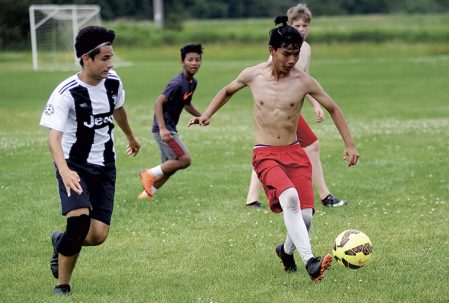 “I learned from them and they’ve helped me out,” he said. “I’ve been working hard and I want to be in the same position that they were.”

Bernie Boldt has been the head coach of the this group of Austin players for the past four years.

The Austin U17 boys soccer team is also playing as C1 team this summer.