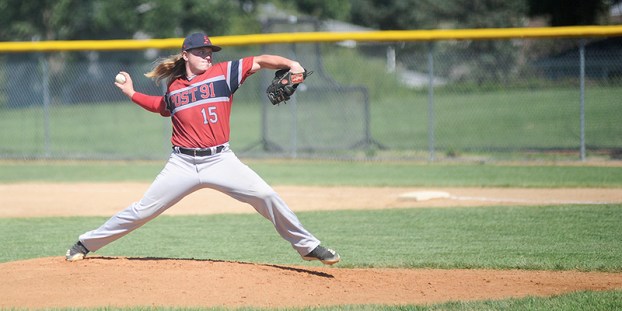 Drew Copley fires a pitch for Austin Post 91 against the Rochester Patriots in Rochester last season. This weekend it was announced that the 2020 season would be cancelled due to COVID-19. Herald file photo

ROCHESTER – The Austin Post 91 Legion baseball team didn’t get to the Sub-State title game by giving in, so it wasn’t a huge surprise when Austin bounced back from a 5-2 loss to the Rochester Patriots to beat the Pats 1-0 in a must-win game at John Adams Middle School Saturday.

“The first one was a big time goal and this was the same thing,” Austin catcher Dawson Mills said of the two state berths. “We’ve got to keep doing what we do and we have to respect everyone we play. Getting to state in Legion is another good goal to accomplish.”

Drew Copley had a frustrating day at the plate as he went 1-for-7 in the two games for Post 91, but he made up for it on the mound as he hurled a shutout to secure the state trip. 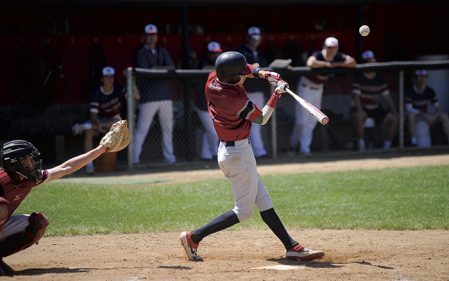 Copley scattered five hits, but he faced a major showdown in the bottom of the sixth inning when the Pats had runners on first and third with one out with the heart of their order up. Copley struck out Rochester slugger Braden Black and he forced a ground out to escape.

“I knew I had to stay focused and keep my mind straight so I could pitch well,” Copley said. “I was hitting my spots today, but I couldn’t have done it without the defense.”

Copley is from Grand Meadow, but he’s played summer baseball in Austin since he was a 10-year old with the Austin All-Stars.

“When (Austin) got to state this spring, I was a little jealous,” Copley said. “But it was really fun watching them get to state and take third.”

Copley credited Mills, who was a sturdy force behind the plate in 14 innings of work Saturday.

“Dawson’s a heck of a catcher and he’s always throwing his body in front of the plate,” Copley said. “He’s one of the best catchers I’ve ever had.” 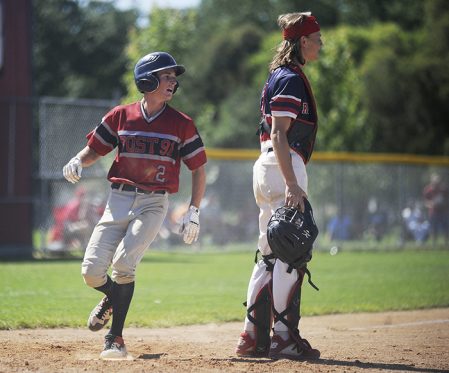 Mills said it was tough to catch two games in a row in the heat with the season on the line, but he was willing to do it to help the team win. He was able to shine as Post 91’s catcher this season after playing third base during the high school season, due to Hunter Guyette catching.

“Hunter is a good catcher, but I feel I’m not that far behind him in skill level,” Mills said. “It was nice to show that I can have that spot too.”

Austin scored its lone run in the third inning when Andrew Schumacher walked, stole second and scored on an RBI ground-out by AJ Mueller.

The Patriots have a tough hitting lineup, but they didn’t have a lot of scoring threats in the second game.

“They tried to pull everything, so we threw a lot of off speed,” Mills said. “They didn’t really see it. We got some easy outs.”

Austin was held scoreless for the first six innings of its 5-2 loss to the Patriots in the opening game as Post 91 stranded 11 runners on base.

Nate Murphy lined a two-run single in the with two outs in the bottom of the seventh inning for Post 91 and Teyghan Hovland took the loss. 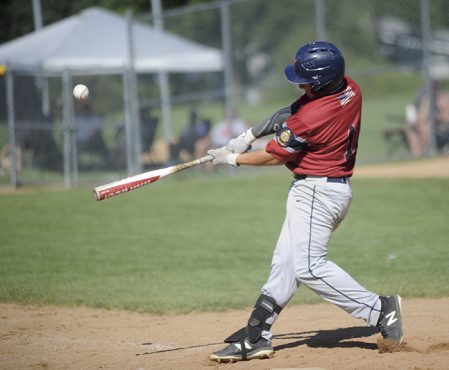 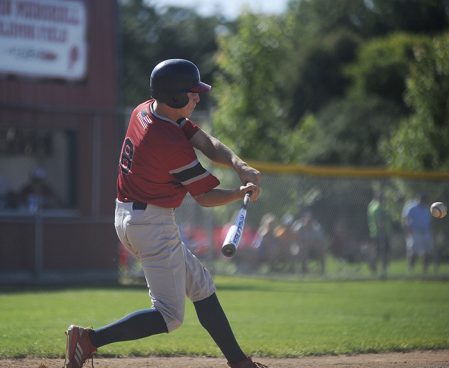 There are some people that think the game of golf is too old fashioned and too slow for the next... read more