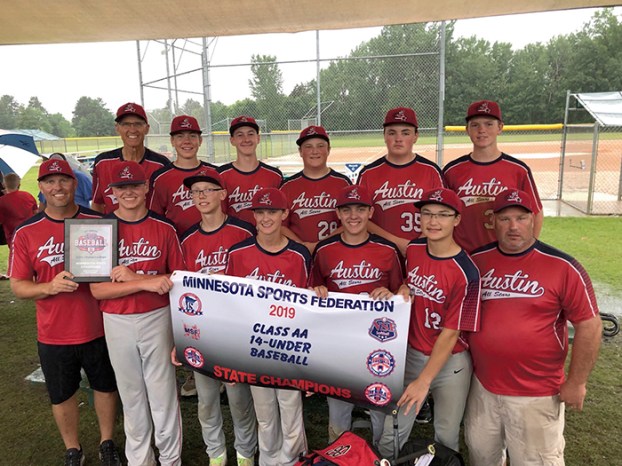 Both teams went 5-0 in the tournament and they were named co-champs due to a rain-out.

The Eagles beat Pierz 11-0 and they edged Jackson 2-1 in pool play In bracket play, Mac Nelson pitched Austin to a 7-2 win over Owatonna, Austin beat Westonka 8-1, and Austin was declared winners of a 6-6 contest over New London Spicer due to tournament rules after a rain-out.

Austin finished the season with a record of 21-8-2 overall.

Whenever Mary Nelson leans in and gives the stuffed pig that rides on her bicycle a kiss, she knows she’s... read more