ACA returns to court over constitutionality; If struck down, it could mean coverage lost for Minnesotans 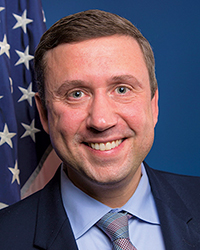 In what now seems to be a time-honored tradition, Donald Trump and the Republican Party are once again trying to repeal the Affordable Care Act. This week, the popular health care law that’s working for millions of Americans is back in the courts again thanks to a Republican-backed lawsuit.

In an unusual twist, Trump’s Department of Justice announced they will not be defending the federal health care law, which is usually part of the department’s responsibilities. Instead, Trump is siding with Republicans in an effort to have the Affordable Care Act declared unconstitutional, which would jeopardize the health insurance of over one million Minnesotans.

Here are just a few of the disastrous consequences of eliminating the Affordable Care Act:

•380,000 Minnesotans would lose their health insurance

•744,000 Minnesotans with pre-existing conditions could lose their insurance

•Millions of Minnesotans could once again have to pay for preventive care, like mammograms and flu shots

Furthermore, despite their many promises, Trump and his Republican allies in Congress have absolutely no plan to replace the ACA if it were dismantled. This means that a Trump ‘victory’ in this lawsuit would deal a catastrophic blow to our entire health care system, and that should disturb every single Minnesotan.

At this point, it’s clear that Republicans like Donald Trump will not be satisfied until they’ve ripped health care coverage away from vulnerable families across our state. How many times do the Americans have to tell this President that we don’t want the Affordable Care Act repealed or replaced?

WASHINGTON — Americans are generally satisfied with their personal finances, but many lack confidence in their ability to afford retirement,... read more