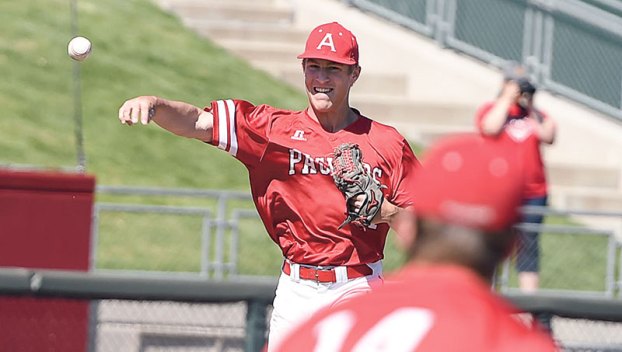 MINNEAPOLIS — The Austin baseball team is on a roll and it wasn’t about to stop when it arrived at its first state tournament since 1990.

The Packers used a sixth inning rally to get past No. 2 seeded Hill Murray 3-1 in the Minnesota Class AAA Baseball Tournament quarterfinals at Siebert Field at the University of Minnesota Thursday.

Hill Murray took a 1-0 lead in the bottom of the first inning, but the Packers took a 3-1 advantage when Teyghan Hovland singled in two runs and Nate Murphy knocked in a run in the sixth inning.

The Packers were able to come back with a no-quit attitude that has carried them through the postseason.

“We can’t get down, we have to keep going,” said Austin senior Dawson Mills, who went two-for-three and made several tough plays at third base in the win. “Even when things don’t go our way, we have to keep pushing and try and get back in it. That’s been a key to our team when we win. We were locked in, focused and we played our game.”

Austin will play in the state semifinals at Siebert Field at 2:30 p.m. today.