After the passage of the education bill during the special session at the state level, school districts around the region are going to be seeing a boost.

Gov. Tim Walz signed a $20 billion education funding bill on Thursday, which is the first in a series of budget bills that were approved by lawmakers during last week’s special session. The E-12 education bill boosts funding for public schools by $543 million, including an increase in per-pupil state aid to public school districts of 2 percent in each year of the two-year budget.

By signing this bill, Walz expressed  his pride that the education system would be invested in for Minnesota children.

“This is only the beginning,” Walz said. “We won’t stop until every child in Minnesota receives a high-quality education, regardless of their race or zip code.”

So far, it’s too soon to know how much Austin Public Schools will be receiving from the state because of the new education bill and its per-pupil funding formula. Since there is no finalized enrollment count yet, it’d be hard to determine exactly how much APS would receive for the next school year, according to district officials.

One of the biggest parts of the public school budget is dependent on a per-pupil funding formula, which currently provides districts with an additional $6,312. Districts have flexibility on how they spend that funding, which is usually used for day-to-day operations like teachers’ salaries. 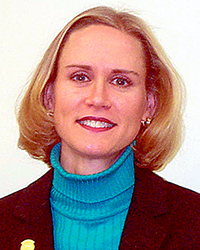 “Although 2 percent sounds decent, when it’s just one component of the general education formula, it’s actually not as much,” said Lori Volz, APS director of operations “The funding has not kept up with inflation, and we’ve been behind for over 10 years.”

This is also difficult for smaller districts in rural communities, where their student enrollment has been stagnant or experienced a decline because of fewer families having more children caused by rising cost of living expenses. Superintendent David Krenz stated that about 90 percent of school districts in Greater Minnesota on average have experienced loss in student enrollment.

However, the APS district has maintained its funding because of the growing student enrollment with younger families moving into the Austin-area. Through this, APS has managed to avoid much of the funding shortfalls that are affecting other smaller rural districts. Enrollment for the district looks to be static; however, both Volz and Krenz stated that the enrollment for students is predicted to continue trending upward, with some grade levels seeing growth.

“The hardest part of seeing school districts around our area is the enrollment,” Krenz said. “They see either static enrollment or declining enrollment, which is like a double whammy. You lose revenue when you lose students.”

Since the funding bill was approved earlier than usual, Krenz and Volz stated that this would be an opportune time for the district to see what funding they’re dealing with before approaching the school board later this month about the next school year’s budget. At this point, APS is not looking at adding new staff, no new programs and maintaining current staffing levels.

“Hopefully, we’re looking at maintaining what we have,” Krenz said. “It’s nice to have this information to make a realistic budget before finalizing. We’re very optimistic for next year.”

Volz shared that minor reductions are being made, however, the district is focused on reducing where it would be the least impactful on direct instruction such as supplies, looking toward more efficient ways of doing business, and insurance rates. “We’re looking to maintain at this point in time,” she added.

There were some key takeaways from the new education bill that Krenz expressed were steps in the right direction for Austin Public Schools:

For many school districts statewide, special education funding was one topic that continued to be a source of worry and frustration. Many districts subsidize special education services with state and local aid that’s meant for paying teachers and staff, funding new programs and buying supplies.

“Every year the cost of special ed goes up more than the general fund,” Volz said.

The education bill provided a $90 million increase in special education funding statewide. Although it didn’t completely close the gap for funding, it was still in the right direction that’s closer to the promised 40 percent funding for special education programs since the 1970’s.

Special education mandates are based on state and federal regulations, and while the government is supposed to cover a significant portion of expenses, they never did meet the funding promised and school districts spent more than $800 million last year to fill this gap.

For agricultural communities, such as Mower County, the final tax bill includes an increase in the Ag2School credit. Currently, the credit is sitting at 40 percent and is applied to the tax on property applicable to school-district-bonded debt levies.

“This will be a significant help to our local farmers around here,” Krenz noted. “With this bill there are a couple good things done.”

Another aspect of the education bill for which  Krenz expressed positive remarks involved voluntary pre-kindergarten funding.

This type of funding allows school districts to incorporate a voluntary pre-kindergarten program into their E-12 system and prepares children for success as they enter kindergarten the following year. They implement early learning program standards such as play-based learning, being taught by teachers, coordinating appropriate transition into kindergarten and involving parents and families in program planning, according to the Minnesota Department of Education.

The bill includes about $47 million to preserve 4,000 state-funded pre-kindergarten seats that were expiring, and there would also be more funding for tribal schools, special education and school safety, according to news reports.

With the continuing pre-kindergarten funding provided by the state, APS will be able to continue pre-kindergarten programming and have accessible services for students up to age 4 and their families while keeping the same number of slots open.

The weather was the only thing that stopped the Austin baseball team Tuesday evening as the Packers were on the... read more