KSMQ Public Television has announced that Annie Krenik is joining the station as local program producer. 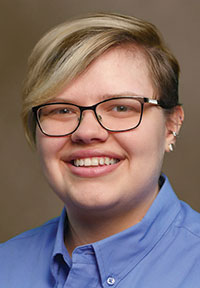 Krenik will assist KSMQ in creation and deployment of a variety of local media content for the regional PBS television station. She begins her duties at KSMQ on July 1.

A native of Cleveland, Minnesota, Krenik is a graduate of Minnesota State University – Mankato and holds a degree in film and media studies. As part of her academic work while a student at MSU, Krenik completed an internship at KSMQ during the 2018 school year.

If your alphabet soup spells out “YUCK,” don’t eat it

Echoes from the Loafers’ Club Meeting What’s that? It’s a list of things I have to do today. The paper... read more