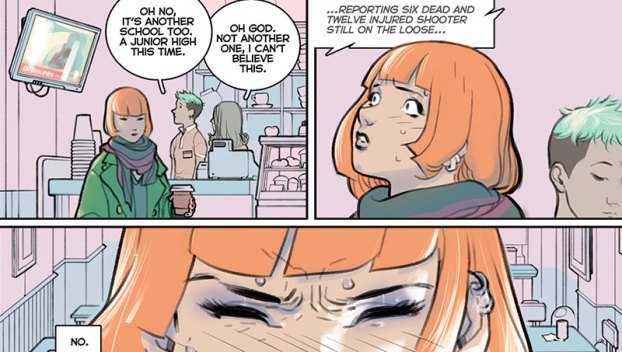 On the heals of last Saturday’s announcement of the “Shots Fired” anthology, Comicker Press has announced that a Kickstarter campaign has been started.

As with its previous iteration, “Shots Fired” will raise funds for the Coalition to Stop Gun Violence and the Community Justice Reform Coalition to help end gun violence in America via a Kickstarter campaign that will pay for printing and shipping of the comics anthology. 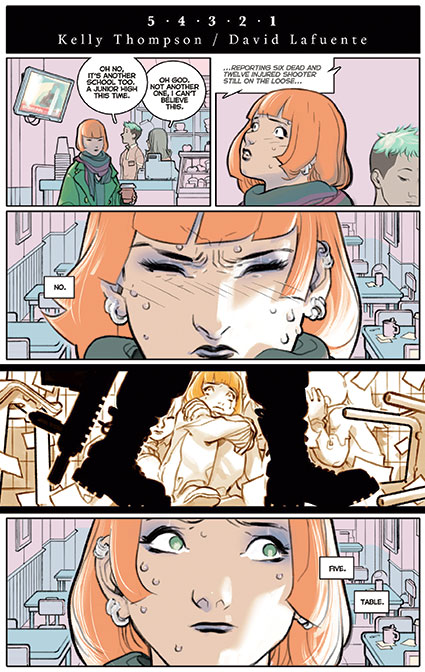 Once printed, all proceeds from additional book sales will go directly to the CSGV and CJRC.

“Since Kickstarter campaigns are all-or-nothing, when it became apparent that our last one wasn’t going to reach its goal, we decided to regroup and try again as quickly as possible,” said Comicker Press co-founder Sean E. Williams in the previous story. “This issue is too important to not do this book, and the stories the creators are telling are truly unparalleled and need to be read.”

The size of the book has been capped at 168 pages and Comicker is limiting shipping to the United States to help keep the budget down.

To contribute to the campaign go to: www.kickstarter.com/projects/comickerllc/shots-fired.

A Kickstarter Exclusive limited-edition hardcover will be available after the campaign to those who contribute.

My situation has gotten a little squirrelly

It’s been a little while since I’ve spoken about it so perhaps it’s time for a garden update, because there’s... read more