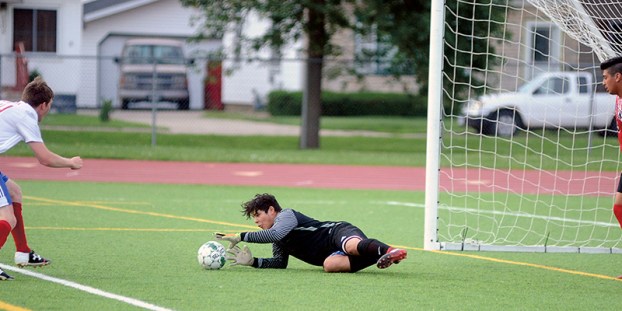 Austin U17 boys settle for a tie

After seizing an early lead, the Austin U17 boys soccer team spent much of the second half on its heels and eventually it caught a bad break and  had to settle for a 1-1 tie against the IMG Heat at Wescott Athletic Complex Wednesday.

IMG tied the game with just five minutes left in the contest when a loose ball slipped towards the net and it converted for a goal.

Austin (4-2-2 overall) had taken a 1-0 lead on a goal by Sunny Mehta-Morgado in the 10th minute of the game, but it didn’t have a lot of great opportunities from that point forward. 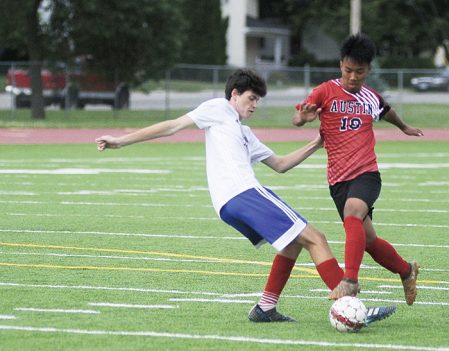 Pray Reh advances the ball for the Austin U17 boys soccer team against the IMG Heat in Wescott Athletic Complex Wednesday. Rocky Hulne/sports@austindailyehrald.com

Hector Hernandez stopped 10 shots for Austin, but defender Andrews Garcia also made a huge stop when he came flying out of nowhere to stop a sure goal with 10 minutes left in the contest. Garcia made his name as a goal-scorer for the Packers last fall, but he’s committing himself to defense this summer. 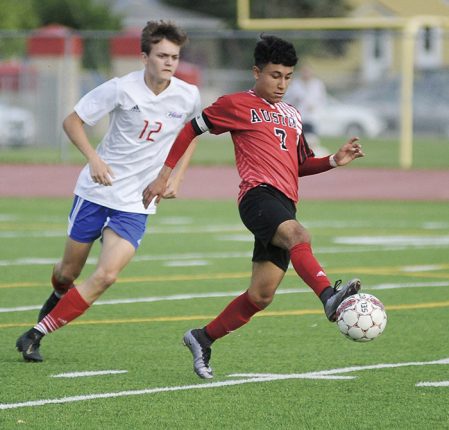 “I’m really comfortable playing both offense and defense. I try to play what’s best for my team and I try to help my team out,” Garcia said. “We play very fast in the summer. It sucked today because we didn’t have very many subs and we were tired, but when we have our subs we usually play a lot faster.”

The Austin U17 boys are playing as a C1 Classic team this summer and it will host Fusion Boys Select on June 26. 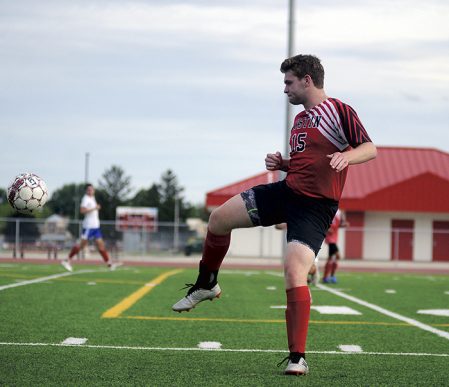