Another end of the school year means another annual review of the Austin Positive Actions Coalition’s mission.

During the course of the 2018-19 year, APAC hosted a slew of events and initiatives to help students make positive decisions.

Some of those events included the Simply TALK campaign, with more than 2,000 conversation starters distributed in Austin as well as the launch of the summer-long scavenger hunt for students to participate in summer recreational opportunities to entertain them. 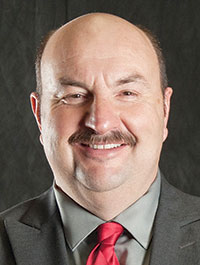 “Our group continues its success only because of the strong support of the Austin Public Schools and its community partners,” said Bill Spitzer, Austin Positive Action Coalition coordinator. “One of the successes that we are especially proud of is how many groups and organizations have changed the way they view problems, by looking to the positive instead of admiring the problem. Growing the positive can transform the way we deal with concerns.”

Some of the highlights for this year included:

Austin second graders writing 474 personal letters to prom goers to make sure they made good choices. Pacelli elementary students also participated, and their letters were used as placemats during dinner.

Sticker Shock was a program where 11 students and two police officers applied awareness stickers on 2,000 alcohol containers at three participating liquor stores to raise the awareness of the importance that only people over the age of 21 can legally buy and consume alcohol.

Around 258 people attended Ellis Middle School’s third annual HYPE Night, which was student-led and held a variety of new activities like gladiator battles and foot darts. This was offered at no-cost to students and provided healthy alternatives instead of substance abuse.

During 2019, students took the second of three Positive Community Norms (PCN) surveys. Eighty-eight percent of middle and high school students stated they heard a PCN message at least once or twice within the last year, and 36 percent said they heard those messages daily. This was considered to be up from 57 percent of students who reported on an awareness survey asking the same question last year.

For the future, APAC is continuing its work to reduce underage consumption in Austin while using existing or new prevention strategies, including the Positive Community Norms (PCN) messages in the schools and on billboards.

“The messages reinforce the positive and healthy decisions most of our students are making in regards to substance abuse,” Spitzer added, also noting that APAC planned to continue working with Students Taking A New Direction (STAND) at the high school in exploring healthy alternatives instead of substance abuse.

Since the grant funding APAC will be done in 2021, the coalition organized a subcommittee that’s in its final stages of a sustainability plan to continue its mission beyond the grant, Spitzer said. APAC will continue to search for other funding sources to continue the mission of reducing underage substance use in Austin.

“Many of the strategies APAC is utilizing involve working in partnership with existing groups, businesses and school staff,” he said. “These partnerships will help continue the mission after the grant is complete.”

Looking forward to the next year, Spitzer noted that the major component to APAC’s success was working with younger people and involving students. One notable example was having a student group write a positive message sign for each student locker during the past two years.

Such words of inspiration included “Be the change that you wish to see in the world,” or “Character is how you treat those who can do nothing for you.”

By involving students, there was more potential for change.

“We all have the opportunity to make a positive impact on others,” Spitzer said. “The question is, will we?”