According to the court complaint, police were dispatched at 3:48 a.m. on Thursday on a report of a domestic situation in the 400 block of 27th Street Southwest. An anonymous caller stated it sounded like a male was beating up a female in one of the apartments. 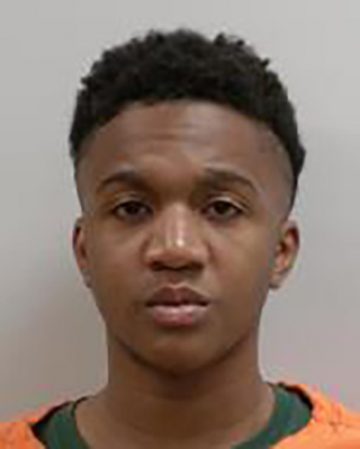 Police did not hear anything when they arrived. After knocking on the door, they heard the back door sliding open. An officer then observed Vasey getting on a bike. The officer told Vasey to get on the ground, but Vasey ran back inside and was detained as he tried to run out the front door.

Police made contact with the victim, who said she had been in a relationship with Vasey, but told him on Wednesday morning she wanted to end it. While she was at a sporting event with a relative, Vasey started calling her and accused her of seeing another man.

The victim told police she fell asleep on the couch at her apartment and woke up at about 3:30 a.m. and saw Vasey standing over her. She believed the back door had been unlocked because she had not let him in. She said Vasey put her phone in his pocket and continued accusing her of seeing another man despite her telling him she was with a relative. She got angry and raised her voice, at which point she alleged he grabbed her by her hair and threw her around the living room while punching her in the face. She could not call for help because Vasey had her phone.

Police observed strands of hair on the couch and a clump of hair on the living room floor. The victim’s face was red with several marks on her forehead, cheek and lips and a scratch mark under her upper right arm. Police also observed that her lips were swollen and she had an abrasion inside her top lip.

The victim said Vasey did not live at the apartment. Police did not see any clothing or signs that Vasey had been living there.

A review of Vasey’s criminal record shows prior convictions for theft, assault and criminal sexual conduct. He is currently on probation.

Vasey will appear in court again on July 1.

Amanda Ray Gilles, 33, of Austin was sentenced to 25 years of probation for felony second-degree drugs-sale of 10 grams... read more