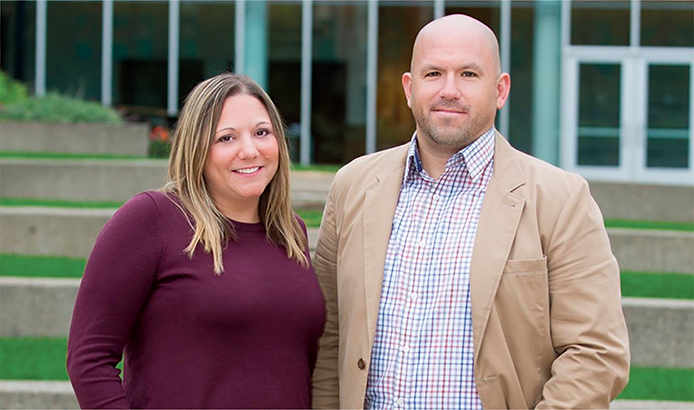 Allison Mann and Michael BrodKrob have brought the case of the abducted Rucki sisters. They will be visiting Sweet Reads on Saturday. Photo provided 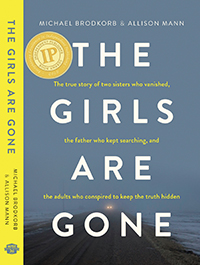 “The Girls are Gone” by authors Allison Mann and Michael Brodkorb

Two girls are abducted from their home.

The search drags on for two years as their father never gave up the search for his children. In those years, a conspiracy is unraveled by law enforcement, ultimately ending with the arrest of their mother, along with three other people, after the girls are found alive on a horse ranch in a dramatic turn that could only be found in a New York Times best selling crime-thriller.

But, this isn’t the plot of any work of fiction. Instead, it’s a non-fiction telling of the events surrounding the abduction of Samantha and Gianna Rucki on April 19, 2013.

Allison Mann and Michael Brodkorb, the authors of the book “The Girls Are Gone,” will be talking about the book and the case from 1-3 p.m. on Saturday at Sweet Reads.

Mann and Brodkorb, who come from two different backgrounds, give perspectives of both a  participant and reporter involved in the events as they unfolded.

Mann worked as a paralegal in the law firm that represented the father of the two girls, David Rucki, while Brodkorb was an online reporter for the StarTribune, writing several stories between the time the girls went missing to when they were located on Nov. 18, 2015, on a ranch in northern Minnesota.

“What makes it such an important story is unfortunately, it can happen anywhere,” Brodkrob said.

At the time of the abduction, David Rucki and his then wife Sandra Grazzini-Rucki were going through a messy divorce that would continue to stretch on even after Grazzini-Rucki’s conviction.

For 944 days, the two teens were missing and as investigators kept digging into the case, more and more twists came to light.

“Having been involved from the beginning, there were so many times I would step back and think, ‘Um … what?’” Mann said. “There were so many twists and turns that happened. I can imagine Michael coming in when he did and thinking, ‘what is this?’”

The case itself takes a book to relate, but the bare facts are that on the night of April 19, 2013, the girls disappeared. Here the two authors are quick to make a distinction as to kidnapping and abduction.

“This was different from kidnapping,” Brodkorb said. “The chargers here were deprivation of parenting rights. We used the word abduction rather than kidnapping.”

The girls disappeared that night when they went to speak with their mother. As the case unraveled it was discovered that Grazzini-Rucki had taken them away.

The reason Grazzini-Rucki ultimately gave for the abduction was that she claimed the two girls were being abused by Rucki, which in the end was found to be completely unfounded.

“From the divorce, she had been making allegations of abuse,” Mann said. At the criminal trial, her defense was that she was trying to protect these children from abuse. All allegations were determined to be unfounded. She was out during the time the girls were missing doing campaign work of a candidate for a judicial seat. She was never out there talking about her children.”

It’s a claim, however, that Grazzini-Rucki and her conspirators are sticking too, even after all the facts were brought forward and they were convicted.

“They believe the courts made wrong decisions at every turn, and they believe (the courts) were corrupt and believe there was a conspiracy afoot,” Mann added.

It was during the trial that Mann, and Brodkorb ultimately came together and started the early process of writing a book about the case.

“I came in with a little more writing experience than Allison, but I couldn’t have done this without Allison,” Brodkorb. “It was a massively complex criminal case that involved the civil and criminal courts. Allison was able to bring a bit of structure.”

The two authors had a number of strings to pull when covering and working this case and those strings led to a number of different areas, generating a large amount of information, some of which never made it into print.

This led to the creation of a companion website, www.missinginminnesota.com. There, readers can find even more information on a case that continues on.

Perhaps the most poignant and driving reason for writing about the case was to help answer the question: how did this even happen?

“First and foremost … this is about missing kids,” Brodkorb said. “The fact that two children can go missing in the middle of a divorce is interesting and needed to be investigated. What happened? what went wrong? what can we do better so these things don’t continue to happen?

“There is a sizable social justice component to this book,” he continued. “We’re both parents. I can’t think of something more horrific than losing a child. Allison and I were able to cover the lead up, how it happened, why it happened, the search for these two missing children.”

Covering the case in real time also provided a rather unique opportunity in how the authors approached and covered the case. They were able to follow it as each detail became public.

At the same time, there came a challenge, as Mann and Brodkorb also dealt with pushback from people involved in the case and Grazzin-Rucki’s camp.

So far there have been three printings of the book and currently Mann and Brodkorb are talking about releasing an expanded edition to cover more fully a case that has so many different avenues to follow.

No matter what happens next they are hoping the next steps involve more of an awareness.

“There is a need for the public to understand how it happened,” Brodkorb said. “One of the most challenging aspects for this is to comprehend the number of adults in the conspiracy to hide the children. This case is astounding and unnerving.”