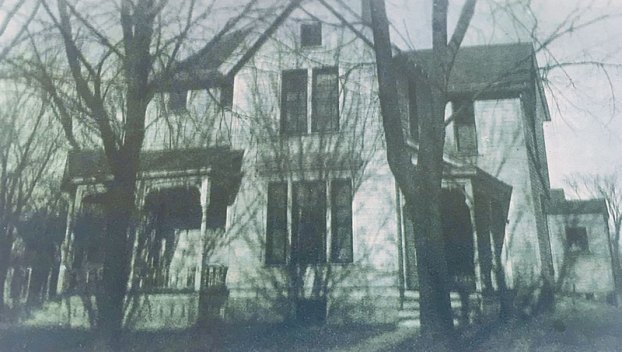 Revealing homes from the past

What brought you to Austin, Minnesota? During our recent History Happy Hour event, Wendy Larson, Jaimie Timm and I presented another installment in the Austin’s Other Historic Homes series. Each of the homes we featured belonged to families that settled in Austin at different times for a variety of reasons.

In 1887, a 27-year-old George A. Hormel, being tired of the road, found opportunity in a small town. He said “The little town of Austin, Minnesota, came nearest my idea of where I should like to locate. It was small — around three thousand people — very active and growing.” He was acquainted with the business people in town and thought he could make a life here. His feelings were similar to those who came to Austin both before and after him.

The Jacob S. Decker family found themselves in Austin also because of the opportunity for success. Decker, frustrated by tough farming conditions in the east, decided to head for the promise of the west. He, with his wife and daughter, journeyed west by train, carriage and bobsled arriving in Austin in early 1856.

When they reached Austin they said they were encouraged by the fertile land. At the time Austin boasted of three stores in the downtown and had a plethora of hard working people. The Deckers had five sons after settling in Austin, all of whom were respected businessmen or educators. Chester Decker started the Decker Hardware store was successful for nearly 50 years in downtown Austin.

Another house discussed in our presentation was the one built by George Hirsh on 2nd St. SW. Hirsh immigrated to America to escape Jewish persecution in Germany at the age of 17. He established himself in the clothing business in Kansas and then found an opportunity to settle in Austin where he opened the well-known Hirsch clothing store. The house that George built is today owned by Jack and Diane Keenan and has been kept as a sort of a time capsule. Original Hirsh family artifacts are displayed throughout the home and little has been changed in the home’s architecture.

The third house in our series was once lived in by the infamous Cy Thompson. Thomson didn’t build the house and only lived in it a short time prior to being arrested for embezzlement. It is a beautifully preserved home that still features over 100-year-old woodwork, tiles, and charm. Cy was from the area but other owners of the home came from afar for job opportunities or to be near family.

Life may take people on journeys that are planned for or that are surprises. Along the journey there are always opportunities. The community of Austin offered opportunity to people back in the 1850s as it still does today. So whatever brought you here, embrace the opportunities and flourish.

Join us for the first event first seasonal concert of the year. This 17-member jazz group made is made up of Austin High school students. Enjoy a mix of old and new ranging from familiar swing tunes and jazz classics to newer funk tunes. Concert will be outdoors if weather permits.

By Marianne Combs MPR News/90.1 FM An event this weekend offers the curious a chance to explore the history and... read more