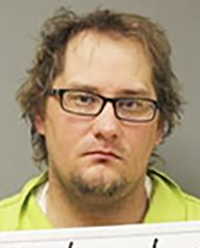 An Austin man was sentenced to probation for up to 25 years on Monday in Freeborn County District Court for reportedly molesting a girl he knew multiple times.

Timothy Thomas Schilling, 30, was sentenced to three years in prison, but he will not have to serve that time if he successfully completes his probation.

Schilling was convicted of one count of second-degree criminal sexual conduct, a felony, after entering an Alford plea in January. Under this type of plea, a defendant maintains his innocence but acknowledges the prosecution has enough evidence to convict him of the crime.

Freeborn County District Court Judge Steve Schwab ordered Schilling to attend a sex offender program and to not have any contact with people under 18 during the length of his probation.

He is required to register as a predatory offender and will not be allowed to use the internet without prior approval.

Schilling was given credit for four days spent in the Freeborn County jail and will not be allowed to use or possess firearms, among other requirements.