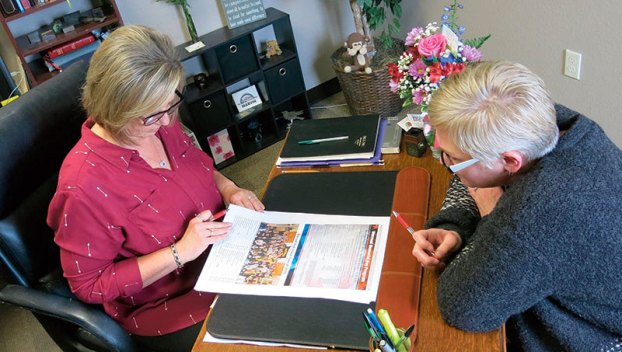 After 121 years, the Warroad Pioneer newspaper closes its doors

The bloody mary cocktails don’t usually come out until the evening — after the paper’s done. But the Warroad Pioneer staff put together their last edition on Monday. It was an emotional day, so they broke out the vodka at 10 a.m.

The staff of three clinked their cups in a toast and got to work.

“Families that would have had three subscriptions were sharing a paper,” she said. “Everybody in town was tightening their belts, and we felt it.”

During the best of times, the Pioneer made barely enough to cover salaries, and it hasn’t done that for a long time.

Over the last 14 years, the United States has lost nearly 1,800 newspapers according to a University of North Carolina study.

Warroad is a prime example of why small papers close, and what happens when they do.

So, documenting the final hours of the Pioneer attracted media attention far beyond Minnesota.

There was a camera crew from the Tokyo Broadcasting System. The New York Times was there, too. Staff writer Richard Fausset flew in from Atlanta with a fairly grand assignment — tell the story of the prototypical American small town losing its voice.

In a quiet moment, he said he spent a week in Warroad, talking to locals about the paper closing. He admitted that most folks, outside of the Pioneer staff and their husbands, didn’t seem too broken up about it.

Out on the streets of Warroad, a handful of locals backed up his assessment. Retiree Steve Smith hadn’t heard the paper was closing, but he wasn’t surprised. He said he gets his news from Google, “just like everybody else.”

Apartment owner Scott Johnson said he still advertised at the paper because he likes the staff, but noted that ads on Facebook yield a better return.

A few blocks south of the Pioneer, at the Studio 212 beauty salon, Ashley Ounchith said she was surprised the paper hadn’t closed already. She said there hasn’t been any actual news in the newspaper for years.

“My husband is a coach and he had to write his own articles to go into the paper,” she said. “There wasn’t someone to actually come and do the articles.”

Back at the Pioneer offices, Warroad resident Daryl Cole stopped by to say his goodbyes. He said he’ll miss the paper — and its people.

For the past few years, the Pioneer staff has been doing Cole’s health care paperwork in their spare time. He’s a former rodeo cowboy and recovering alcoholic — and he said he’s not so good at navigating bureaucracy.

“They kind of take care of me,” he said. “They’re very nice about everything. I love them.”

As the day drew to a close, things got emotional for Colden and her staff. The computer system crashed just before the 7 p.m. print deadline. They lost some captions and had to rewrite them. Their husbands arrived with wine. Journalists ghosted around, taking pictures. Waiting. Finally, the paper was done.

Colden poured some wine and gathered herself for a speech.

“Hopefully these stories will let communities know how important local newspapers are,” she said. “And when they’re gone, there’s no way to replace them.”

On the bright side, she said, the Pioneer didn’t just fade away. It made news, even at the end.

Teen who charged attackers was lone death in school shooting