Really? Again? Rain or snow, or something in between, headed our way 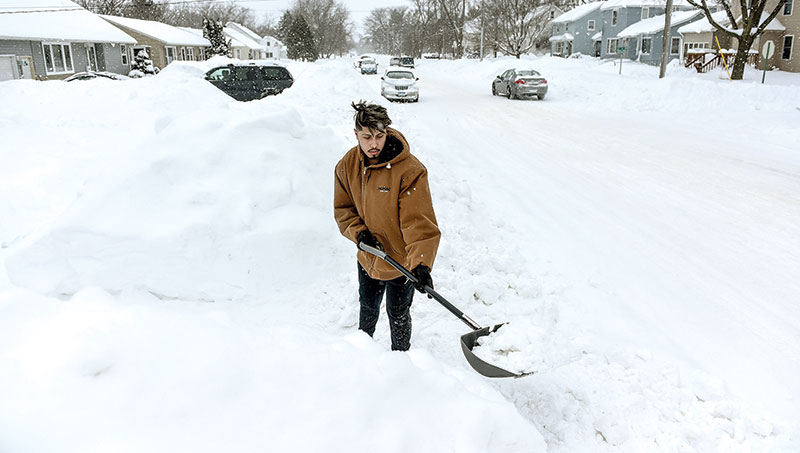 Whatever form it takes, this area’s mid-week weather will be — let’s be honest, here — just plain lousy.

A slow-moving system is expected to bring chances for heavy rain or snow to southeastern Minnesota beginning Wednesday morning and lasting through Friday morning. Either scenario will not be pleasant — especially after Monday’s 70-degree weather.

As to whether Austin will see primarily rain or snow was still uncertain on Monday, said NWS meteorologist Clint Aegerter, although it seemed that Austin was tracking more on the side of some snow accumulation. More will be known today, he said.

Models have Austin receiving between 1 to 3 inches of snow. Photos courtesy of the National Weather Service

He would not estimate any amounts for either rain or snow — it was just too early to tell, he said.

One thing is certain, however: There will be weather.

If it is snow, “it will be wet and heavy,” he said. The early forecast for Wednesday also indicated that rain amounts of 2 inches or more were possible with the pending system.

Aegerter said rising and dropping temperatures will most likely bring several transitions between rain and snow. Highs in the mid- to upper 30s and lows in the low 30s are expected. Freezing rain is a possibility each day, according to the early forecast.

“And it will be windy, which could bring problems with blowing snow,” he said.