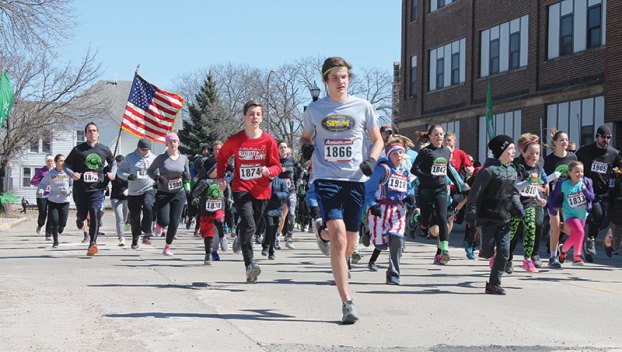 Over 150 join in the Shamrockin’ Run

Pacelli Catholic Schools held its fifth annual Shamrockin’ Run event at the school on Saturday, March 30. One hundred and fifty-three runners, walkers and volunteers braved the less than ideal weather conditions to take part in the 5K run/walk or one mile walk.

At race time, temperatures were in the low 30s and winds in excess of 25 mph. “The sun was shining, so that really helped,”  said Ryan Bickler, Run Committee Chairman. 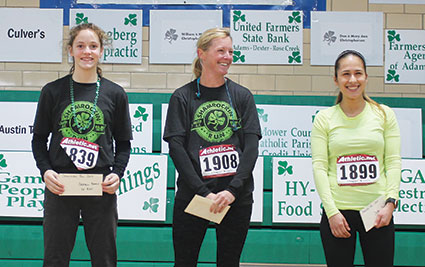 The pre-race activities added to the spirit of the event, with music and sound provided by Simplified Sound Productions, with Jim Parlin on the microphone, providing  announcements and encouragement. Craig Mann played bagpipes for an extra Irish flair, including the Star-Spangled Banner at the starting line. The American flag was presented by Austin Knights of Columbus Fourth Degree. The post-race awards ceremony was held in the Pacelli All Saints Arena.

The fastest male time was turned in by Jonathon McDonough at 19:44, followed by Garrett Korfhage at 19:56 and Jayden Lewis at 20:06. The fastest female was Kayla Christopherson at 21:40, followed by Kara Heimer at 22:57 and Thelma Garcia at 23:24. A complete list of results is posted at www.pacellischools.org or by clicking here. 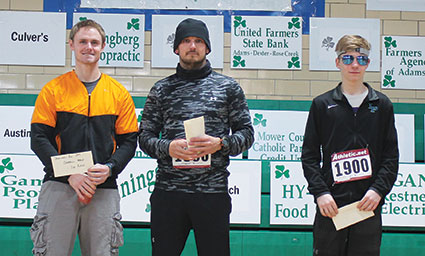 “2019 was our best year so far. We had a number of new sponsors join this year and we really appreciate that support. We just really want to say ‘thank you’ to everyone for participating in the fifth annual Shamrockin’ Run”, said Bickler. “The support from all of the many sponsors, all the volunteers, the Pacelli Booster Club Run committee and all the runners and walkers for pushing through the weather conditions was really great to see. Thank you to everyone.”

Bruins fall to Bobcats, enter postseason as No. 4 seed

A slow start doomed the Austin Bruins as they lost to the Bismarck Bobcats 6-2 in the regular season finale... read more