Coniah Emmerson Horton, 34, of Austin was charged with felony domestic assault on Thursday in Mower County District Court. He pleaded not guilty to the charge.

According to the court complaint, an officer was dispatched at 3:33 p.m. on Feb. 23 to a residence in the 1700 block of Fourth Street Northeast. The officer observed a 2005 Chevrolet Trailblazer parked on the street with a woman in the driver’s seat and a man standing outside the vehicle. 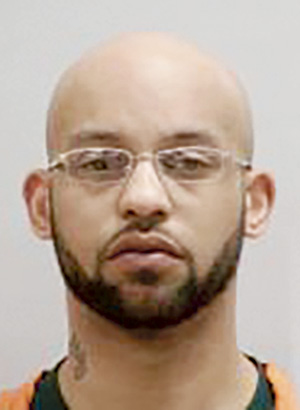 The woman said Horton, who had left the scene in a silver pickup truck with another woman, had assaulted her. She said they were arguing as they were driving in the Chevy. She indicated she slapped him and he “slammed my car in park” and began stabbing her with his eyeglasses. The officer observed blood on her face and hands. After her injuries were photographed, she was transported to the hospital.

The officer then spoke with the man at the scene, who said he was outside with his kids when the Chevy came down the street. He said he heard a grinding noise from the Chevy and that he could hear the occupants arguing. He then saw Horton exit the vehicle and walk away. He then called the police after he saw the victim’s condition.

Horton’s whereabouts were unknown at the time and a warrant was issued for his arrest.

A review of Horton’s criminal history shows prior convictions for domestic assault, terroristic threats and felon in possession of a pistol.

A pre-trial for Horton has been scheduled for July 19.

When it comes to elections, Minnesotans are consistently the best voters in the United States, routinely ranking No. 1 for... read more