Why a meaningful US-China trade deal could be tough

WASHINGTON — The world’s two largest economies are locked in negotiations that may soon produce a deal to suspend their trade war.

Yet despite signals from Chinese and U.S. officials that some truce could be forthcoming, there are few signs of any truly transformed trade relationship. Beijing’s longstanding policy of subsidizing its own businesses and charges that it illicitly obtains U.S. technology remain key obstacles to any meaningful U.S.-China trade deal.

In the meantime, the government said Wednesday that the trade deficit in goods with China — the gap between the value of the U.S. products China buys and the higher value of what it sells to the U.S. — hit a record $419.2 billion last year.

A senior Trump administration official asserted this week that progress had been made during trade talks over the past two weeks, only to acknowledge that the eventual outcome remains a mystery and that China faced no timetable for responding to the U.S. priorities. The official insisted on anonymity to discuss private conversations.

U.S. and Chinese officials have hinted that some kind of agreement could be finalized by the end of March, with Trump and President Xi Jinping possibly meeting to formalize the deal at Trump’s private club in Mar-a-Lago, Florida.

For its part, Beijing is publicly expressing its intent to crack down on policies that have long enabled Chinese companies and local government officials to force American and other foreign businesses to share their technology as the price of admission to the vast Chinese market. But such public pledges represent far less than the enforceable commitments to reform such policies that U.S. negotiators are seeking.

Last year, Trump imposed a series of tariffs on Chinese goods in hopes of pressuring Beijing to support more favorable terms for the United States. In June, the White House levied import taxes of 25 percent on $50 billion of Chinese imports. It followed in September with 10 percent duties on an additional $200 billion. All told, the U.S. tariffs covered roughly half of what the U.S. buys from China.

But the blowback from the Trump tariffs — and China’s retaliatory import taxes on U.S. goods — has been steady, at home and abroad. Many businesses are now paying higher costs to import electrical components and other goods from China that aren’t made in the United States. The duties cost consumers $1.4 billion a month and businesses $3 billion a month by the end of last year, according to research released last week by Mary Amiti, an economist at the Federal Reserve Bank of New York, and economists from Princeton and Columbia universities.

And a survey led by the Federal Reserve Bank of Atlanta found that the tariffs had caused U.S. companies to cut their spending on large equipment by 1.2 percent, or $32.5 billion, last year.

Both figures are relatively modest, given that the U.S. economy produces $20 trillion of goods and services a year. But there are also secondary effects. The stock market plummeted 19 percent last fall, partly on fears that the trade war would inflict severe damage.

Nor have the tariffs provided the negotiating leverage that Trump sought. Many of China’s concessions appear designed to appease some U.S. concerns, rather than establish guidelines for trade that each country would be bound to follow.

Beijing has offered to buy more American farm goods and energy — a pitch that Xi made to Trump when they met during a December dinner at a global conference in Buenos Aires with the idea of narrowing the U.S. trade gap with China.

China’s ceremonial legislature was poised this week to back a law that would discourage officials in the country from pressuring U.S. companies to hand over technology. It was a response to concerns about Chinese disrespect for intellectual property that Trump had raised when he first imposed import taxes on Chinese goods.

But it’s unclear whether China would actually enforce this commitment — a concern that could potentially prevent a meaningful trade agreement. Speaking to a House panel last week, U.S. Trade Representative Robert Lighthizer said, “I can point to many examples” of Beijing signing onto an agreement “and in very few cases have they actually kept their obligations.” 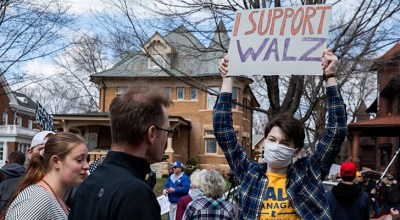