Jim Pumarlo, the director of communications at the Minnesota Chamber of Commerce, Geoff Baker, president and chief executive officer of McFarland Truck Lines in Austin, and Elaine Hanson, president of the Austin Chamber of Commerce, met at the Austin Daily Herald office on Thursday morning to share concerns regarding Walz’s proposed $90 billion budget and where taxes may be increased for Minnesotans and ultimately affect employers and businesses statewide. There were other concerns, such as the proposed 23 percent tax increase on businesses as well as a 70 percent increase on the gas tax that raised eyebrows from some. 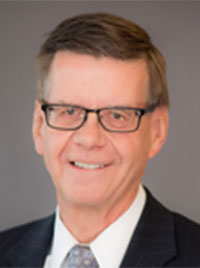 Acknowledging that it was important to invest in Minnesota’s future regarding workforce, infrastructure and quality of life, officials expressed that economic prosperity wouldn’t be attained through higher taxes and increased spending.

Some of the proposed increases that Walz’s plan encompassed featured the following:

A 23 percent increase in corporate income tax, totaling $613 million, and an increase of $261 million on businesses that pay through personal income taxes.

Today, Walz will be presenting a revised budget after it was revealed that the projected $1.5 billion surplus was actually less at $1 billion.Pumarlo stated that it was important to be supporting private-sector employers to improve future growth by not making it more expensive to do business in the state as opposed to growing government.

“Small businesses are the backbone of Minnesota’s economy,” he added.

It was mentioned that Minnesota’s economy overall was seeing growth, mirroring the nation’s experiences with historic economic expansion along with turnaround in exports, meaning increased wages, more jobs and more trade opportunities.

However, that growth was growing much slower than other states and lags in some indicators such as high taxes, the cost of doing business and a tight labor market, according to Pumarlo.

Minnesota saw a slight improvement in 2018 rankings, which is still in the top five for highest corporate and individual income tax rates.

Another key item that was discussed was the impending workforce shortage as job vacancies outnumber the amount of job-seekers in the state. Although more people moved to the state in 2017, there was a concern for Minnesota to continue attracting and retaining skilled workers and preparing students for the future.

One of the major concerns that was expressed pertained to the proposed expansive statewide mandate on employers to provide 12 weeks of paid parental and family leave and 12 weeks of paid medical leave, meaning an employee could miss 24 weeks of work, which would amount to 44 percent of work days in a year. 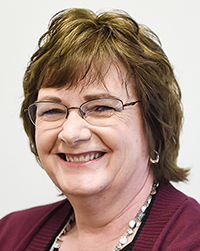 For Austin, where many small businesses employ 3 to 5 employees, Hanson stated that having expansive mandates would ultimately fall back onto small business owners, who may already be struggling with costs associated with missed productivity of their employees. She cited that the cost to find temporary workers to fulfill responsibilities missed by an employee would be a double or even triple tax on job creators.

According to the Minnesota Chamber of Commerce, 1.2 million Minnesotans (almost half of the state’s workforce) work for small businesses.

Hanson also noted that it was important for the state to hear from employers and to continue advocating for business-friendly initiatives and resources before implementing policies or plans that would affect everyone in the long run.

Minnesota is in the top five for highest tax rates for both corporate and individual income taxes, and according to recent surveys, 40 percent of businesses are considering growing their business outside of Minnesota or leaving Minnesota. Fifty-four percent cited lower taxes as a top factor for them.

From those who are employers, Baker said that it was imperative that the government looks at the overall cumulative effects that the proposed budget plan and tax hikes would do to employers, employees and the communities where economic growth is needed.

“There is no other place I would want to grow in other than in Minnesota,” he added.