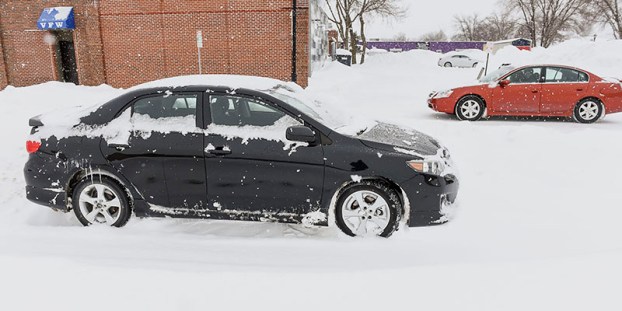 The city has extended the city's snow emergency for 30 days. Herald file photo

The Austin City Council unanimously voted in favor of an ordinance extending the declaration of a snow emergency during its regular meeting Monday evening.

The emergency ordinance approved on Monday extends the snow emergency declaration over 30 days effective Wednesday, March 6. The emergency ordinance came at the recommendation of City Engineer Steven Lang as a means to steam line the process due to the amount of snow the city has received and is expected to receive in the coming days.

As of Tuesday morning, snow is forecasted this weekend in Austin. According to the National Weather Service, the area will receive a snow and rain mixture on Saturday, possibly culminating in one to three inches of snow, with a 70 percent chance of snow continuing on Sunday adding an additional inch.

Parking rules under the current Snow Emergency Ordinance also apply to the extended snow emergency. Parking is not allowed from 1-8 a.m. on designated streets. A map of affected streets can be found at http://www.ci.austin.mn.us/public-works/engineering.

The purpose of the parking rules is to allow for removal of snow and the easy passage of snow removal equipment, emergency response vehicles and general vehicular traffic throughout the city. The Austin Police Department will be enforcing the parking rules. Violators can be ticketed and potentially towed at the owner’s expense.

With the heavy snows hitting the area in the past few weeks, the Austin Fire Department is reminding residents to... read more