Alice Elaine (Nelson) Reese, 79, of Blooming Prairie, Minnesota, passed away peacefully on Friday, Feb. 22, 2019, at Mayo Clinic Health System-Austin. Family members were with her during her last few days and when she passed.

Alice was born on Aug. 21, 1939, in Austin, Minnesota, to Herman J. and Alberta M. (Blackwell) Nelson. She was the second child of five, born with a twin brother who died at birth. She grew up in Austin by Todd Park and graduated from Austin High School. As a young woman, she worked at Weyerhaeuser Co. She was united in marriage to Gary J. Reese on June 21, 1961, at Red Oak Grove Lutheran Church. She stayed at home to raise their four children and worked on the farm and fed the hired men during spring and fall work. Gary and Alice enjoyed going out dancing, especially polka and waltz. She enjoyed baking donuts, pies, and cookies. She had a love for reading as well as watching NASCAR and the Minnesota Twins. 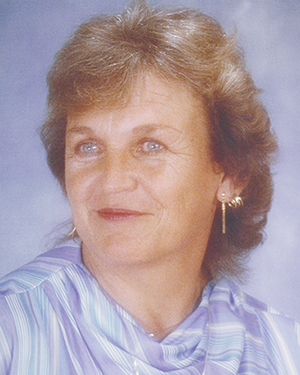 She was preceded in death by her parents, Herman and Alberta; husband, Gary; brothers, Donovan and Arnold; sister, Ardice; sister-in-law, Betty; brothers-in-law, Curtis and Ronald Reese; and mother-in-law, Dorothy Johnson.