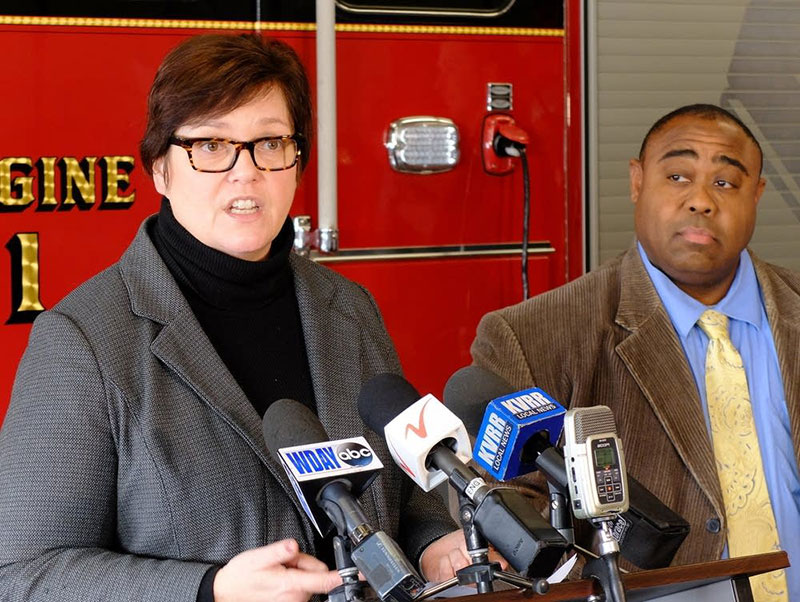 Gov. Tim Walz didn’t shy away from the figure: His transportation finance plan would eventually boost the per-gallon gas tax by 20 cents, which he deemed essential to fix “crumbling roads and bridges that risk our safety and keep away businesses.”

“This is not a choice between having a gas tax or not,” he said.

Critics of the proposal quickly embraced the figure, too, and churned out graphics and gas-pump images, warning of a sudden, sharp spike.

Even some allies of the governor, such as House Tax Committee Chair Paul Marquart, flinch at the size of the increase Walz put on the table.

The messaging battle was set. Glossed over was the fact that the jump to the existing 28.6 cent tax wouldn’t happen all at once, or that all the new proceeds would not be used to chop down a backlog of projects.

As proposed, additions to the tax would be spread out through 5-cent-a-gallon bumps — the first this September and the rest spread paced out about every six months. After that, Walz wants to connect the tax to some measure of inflation.

“Sometimes how you frame things makes a difference,” Marquart said.

For the record, Marquart said 20 cents overall is too high. But he regards something half that size as “in the ballpark” as long as other new and reliable road money is blended in.

The gas tax has been the backbone of Minnesota’s transportation finance system for decades. Proceeds are constitutionally dedicated to roads, bridges and some connected costs, such as the highway patrol. It’s only one component of the Walz’s plan — with higher registration fees and vehicle sales taxes also in the mix.

She acknowledged that detractors are honed in on the full tax amount, but said her agency will work to explain the implementation better.

“We’re going to continue [to] produce materials that help people understand the way it gets phased in but also where the dollars go,” Kelliher said.

On that last point, Kelliher estimates that about 5 to 6 cents of the proposed 20-cent boost would get projects to ease congestion and improve safety features done more quickly. She said 7 cents would be used to swap out transportation spending that now comes out of the general treasury, freeing up $450 million for other state-backed programs. The rest, she said, would pay off past highway borrowing or support new bonds.

Defenders of the administration’s plan include Jason George, business manager for the International Union of Operating Engineers Local 49. The union is a key ally in the debate because it has made political inroads with Republicans in a way other labor groups haven’t.

George said no matter how the governor outlined his proposal, it was going to come under fire.

Why a meaningful US-China trade deal could be tough