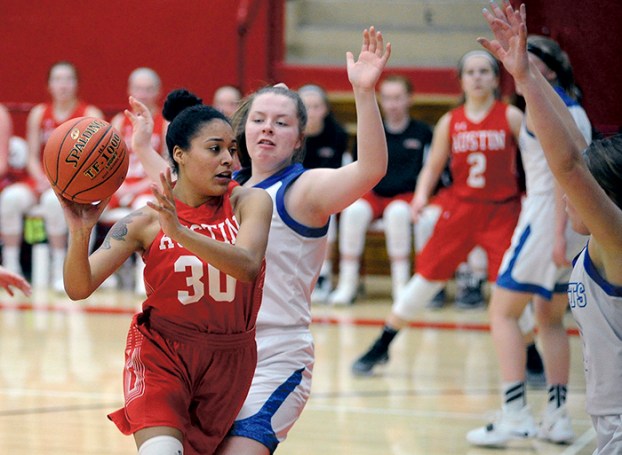 Austin’s Kiwi VanZant looks to pass the ball to the perimeter against Kasson-Mantorville in Ove Berven Gym Monday. Rocky Hulne/sports@austindailyherald.com

The Austin girls basketball team ran out of chances in the late minutes as it lost to Kasson-Mantorville (16-7 overall) 65-61 in Ove Berven Gym Monday.

Kyra Walters scored in the paint to bring the Packers (13-7 overall) within 62-60 with 1:12 left in the game, but Austin missed three field goal attempts and a free throw in last minute. 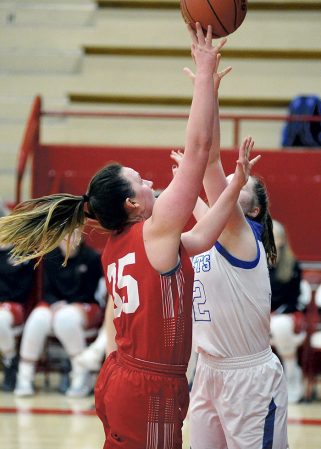 “Losing at home to a section team, that’s tough,” Austin head coach Eric Zoske said. “I’m a little curious on how we’re going to respond to this. We’ll see what the girls are made of. We had missed free throws, a missed three-pointer to tie it and we missed a floater to tie it. We literally missed our opportunities that we had. We just couldn’t get that big shot that to go in.”

The Packers had taken a 54-49 lead after Emma Dudycha had a lay-up and a three-pointer on back-to-back possessions, but Austin couldn’t hang on. 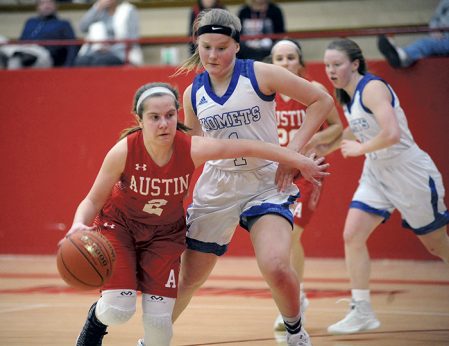