ST. PAUL — City officials are hopeful that bipartisan legislation introduced Thursday in the Minnesota Legislature will give a long-awaited boost to the state’s Local Government Aid (LGA) program.

SF 1304/HF 1102, led by chief authors Sen. Bill Weber (R-Luverne) and Rep. Dave Lislegard (DFL-Aurora), aims to increase LGA funding by $30.5 million, the amount needed to bring the program back up to its 2002 high-water mark. The proposal has generated strong bipartisan support from numerous Republican and Democrat co-authors who represent rural and metro districts.

“As former city officials turned state legislators, Sen. Weber and Rep. Lislegard have first-hand knowledge of the important role LGA plays in keeping Minnesota’s communities strong.” said Ron Johnson, a member of the Bemidji City Council and president of the Coalition of Greater Minnesota Cities (CGMC). “I want to thank them, as well as the powerful group of co-authors from both parties, for taking on this critical issue.”

Austin is one of the many Greater Minnesota cities that is reliant on LGA for infrastructure and other quality of life costs, a challenge for many rural areas due to a smaller tax base. City leaders, including Mayor Tom Stiehm and City Administrator Craig Clark, who is a CGMC board member, have been lobbying the Legislature to increase LGA to its 2002 high-water mark.

Lislegard, who served as mayor of Aurora until getting elected to the Legislature in 2018, said he is proud to author the LGA bill as one of his first pieces of legislation. 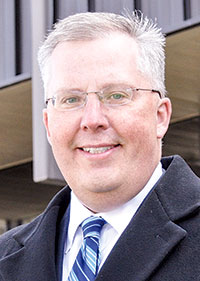 “This legislation is key to helping cities all across the state keep up with maintenance and infrastructure, and provide public safety and other critical services Minnesotans count on while keeping property taxes in check,” he said. “Funding from LGA isn’t a want, but is a need for communities like those I represent, and I look forward to working with my colleagues and city leaders to deliver this much-needed boost.”

A former mayor of Luverne, Weber has long been one of the most active and vocal LGA supporters in the Legislature, having previously authored similar legislation to increase funding for the program.

“I’m proud to stand with Greater Minnesota communities and take the lead on this important legislation in the Senate,” he said.

The $30.5 million LGA increase is the CGMC’s top priority this legislative session. While LGA has had modest bumps in funding in recent years, Greater Minnesota city officials are optimistic that 2019 will finally be the year that the program is restored to its high point in 2002, before it was plagued by a decade of cuts and stagnant funding.

One reason for the renewed enthusiasm is that Gov. Tim Walz has frequently pledged his support for LGA, both on the campaign trail and since taking office. Speaking at a CGMC event last month, Gov. Walz said he plans to include a $30 million LGA increase in his budget plan, which is anticipated to be unveiled next week.

“LGA really embodies the ‘one Minnesota’ vision that the Governor often mentions,” Johnson said, noting that nearly 90 percent of Minnesota cities receive LGA. “Whether you live in the heart of downtown Minneapolis or on the edge of Ortonville, LGA truly is a program that benefits the entire state.” 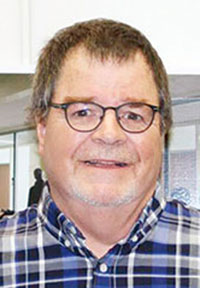 In addition to the funding appropriation bill, the CGMC is advocating for SF 1305/HF 1101, authored by Sen. Kent Eken (DFL-Twin Valley) and Rep. Jeff Brand (DFL-St. Peter), which would increase LGA funding each year to account for inflation and population growth. Despite the program’s recent appropriation increases, LGA funding is still well below where it should be if it kept up with inflation and population growth.

“Health insurance premiums, construction materials and — as we’ve sure seen this winter — costs for essential services like snow removal and salting continue to go up year after year,” he said. “Cities are pretty adept at trying to do more with less, but it gets more difficult as LGA fails to keep pace with rising costs.”

“While LGA funding growth has stalled, city costs and service pressures continue to rise, “ Eken said. “Without adjusting the program for these realities, cities that depend on LGA will struggle to continue making the investments that create a high standard of living and quality of life in Minnesota.”

Packer dance team misses out on jazz finals at…