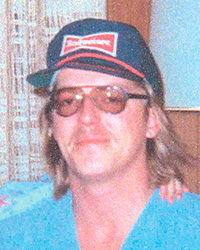 Larry was born on June 1, 1952, to Robert A. and Evelyn I. Rasmussen. He graduated from Austin High School in 1970. He had a daughter, Sara Greenlee Corwin.

He was preceded in death by his parents; and two brothers, David F. Rasmussen and Robert D. Rasmussen, both of Rockford, Illinois.

He is survived by his daughter, Sara of Austin; and his brother, Jeffery A. Rasmussen of Maple Grove, Minnesota.

He will be missed by many friends and relatives and his four-paw buddy, his Yorkie Terrier George.

There will be no funeral service. Condolences can be sent via email to jefras@msn.com.