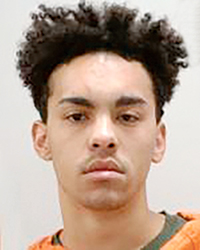 According to the court complaint, police were called at 7:04 a.m. on Saturday regarding a burglary in the 2100 block of First Avenue Northeast. The victim, an elderly female, told police she was asleep when someone broke into her house and stole a safe. Police observed a trail of blood and drag marks leading from a broken window through the snow and on the pavement. The trail led them to the garage of a house across the road. An officer made contact with one of the house’s residents, who said Dorsey was sleeping upstairs.

The officer observed a pair of gray shoes that appeared to have blood on them and saw that Dorsey had dried blood on his hands when he came downstairs. Dorsey was then arrested for burglary and transported to the Mower County Jail.

An officer searched the victim’s home and found drops of blood throughout the house, including in the room where the safe was located.

Police obtained a search warrant for Dorsey’s residence and found blood on the wall leading to the upstairs bedroom. In the bedroom, they found three empty pill bottles that belonged to the victim and bloody paper towels in the trashcan.

The safe was found in the garage and returned to the victim.

Dorsey will appear in court again on March 4.

The Climate Storytelling Workshop scheduled for 1-3 p.m. on Saturday at the Jay C. Hormel Nature Center has been postponed... read more