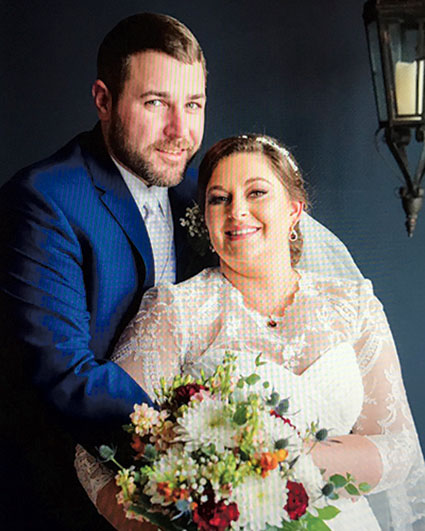 It was officiated by Jim Conner.

The couple planned to honeymoon in Banff, Alberta, Canada, and are residing in Coon Rapids.