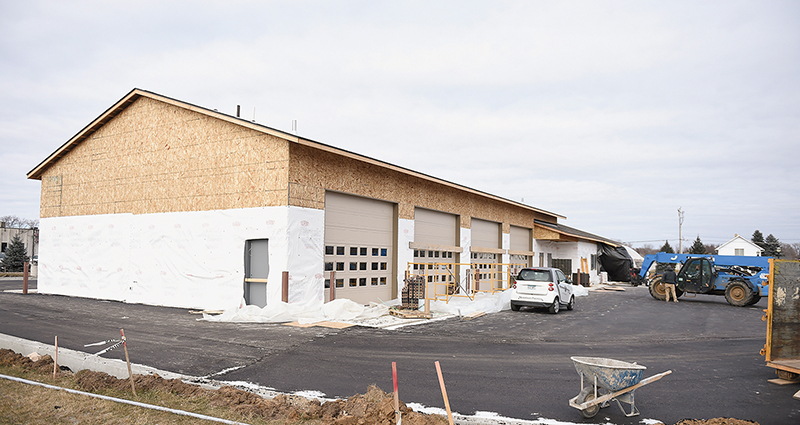 The new Gold Cross garage being built on 18th Avenue NW completion date has been moved back a month. Herald file photo

With winter coming in full force, Gold Cross Ambulance staff may need to wait a little longer before moving into their new home.

The $2.2 million facility, located at 18th Avenue and 5th Street NW, was previously anticipated to be operational this month. However, several factors, such as inclement weather, played a part in pushing back Gold Cross staff being able to completely move into the new center, according to Rick Thiesse, Mayo Clinic communications specialist. Thiesse said the small delay is caused by, “a number of different factors that occur during the construction process in order to make sure the building is ready to care for patients in Austin and surrounding communities.”

So far, the 7,600 square-foot center has seen progress in its construction and was projected to add about 12 to 14 staff members between Austin and Albert Lea.

There were multiple rooms laid out, with insulation work being done. The large ambulance bay that was constructed has space for four ambulances.

Gold Cross purchased Austin Ambulance Service in 1996 and since then has been housed in different parts of the city, such as the old fire hall, before being currently based at 1010 Oakland Avenue West, which was in a residential area and was not considered to be efficient to providing services that Gold Cross sought to offer.

With the completion of the new station, the lifespan is expected to be 45 to 50 years, and could be adaptive to future innovations in emergency services and healthcare technology. Gold Cross currently experiences an average of 4,500 calls annually for its services.