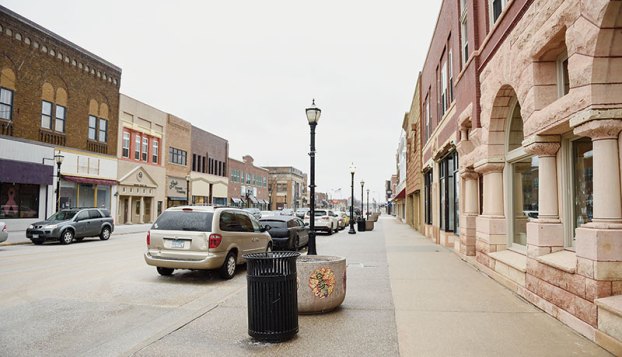 Editor’s note: This is the second of a two-part series looking into the proposed tax levy for the city of Austin.

And like some commercial property and business owners in Austin, he has concerns about the proposed 15.7 percent tax levy increase.

“Taxes can make or break a small business,” he said. “Small businesses pay so much in taxes, it’s crazy.”

The increase comes as the city plans to budget $500,000 for a compensation/ classification study it hopes to implement next year. Other increases come from contractually obligated pay increases, a $200,000 housing initiative and funds committed to the new Community Rec Center.

Austin Area Chamber of Commerce Director Sandy Forstner has expressed concern about the consistency with which the tax levy has been increased, pointing out it will be a 60 percent increase in the span of four years.

“People think it’s not a big increase, but this is on top of all of the other taxes,” Fett said. “I used to run Ooh-La-La for four years and the taxes were crazy. That’s one of the reasons I closed that business. It got to a point I wasn’t making a profit. It seemed like everything went to taxes. I finally called it quits. It wasn’t worth the hassle.”

Fett said that he pays more in taxes than most people make in a year. Any increases in taxes are passed on to the businesses that lease his property. The increases, he said, do not come without complaint.

“Businesses are trying to survive and make a profit and everything cuts into them,” he said. “I don’t know if any of them will leave based on that, but I know they won’t like it.”

One of Fett’s tenants is Lisa Deyo, who owns Sweet Reads Books and Candy on Main Street.

“Speaking as a small Main Street business in its first years of operation, I am overwhelmed by the constant cost of maintenance, taxation, and general expenses of running a business in an aging building,” she said. “We (small businesses) are continually reviewing our budget lines and adjusting, which I do believe and have faith that our city council members are doing. Sandy (Forstner) certainly brings to light many concerns about this levy. Where is that double-digit levy going to come from? My bottom line.”

It is a sentiment shared by Sara White, who co-owns the Tendermaid with her husband, Gary White.

“As a small business owner, it is really tough because you don’t have the buying power that these big corporations and businesses have,” she said. “We either have to absorb it and make less money, or we have to pass it on to the consumer. You just hope your customers will understand that. Every year it gets tougher.”

“If the people are educated when they come in the door and they know you’re (raising prices) for a purpose and not gouging them, that’s the biggest thing,” Gary said. “They’ll still support you without thinking you’re gouging their pockets.”

While there is a degree of uncertainty as to how more taxes will affect their business, the Whites are not worried about it affecting their staff.

“We just have to see how it plays out,” Sara said. “I can’t see us having to cut wages or staff. We just keep persevering.”

“Nobody wants to see their taxes increase, but if there is a positive reason for it, then we can see why they’re doing it,” Sara said.

“It seems like to me it’s happening too often,” Gary said. “If we had lower taxes, I believe we would have more businesses here. “

Fett agrees, saying that it has taken him over a year and a half to fill the old Hallmark location and that prospective tenants are “usually shocked” when he discloses the tax amount to them.

“It’s hard to get across that taxes kill businesses,” he said. “It could be the breaking point.”

Austin High School is starting off the school year on a high note, as its wind ensemble was one of... read more