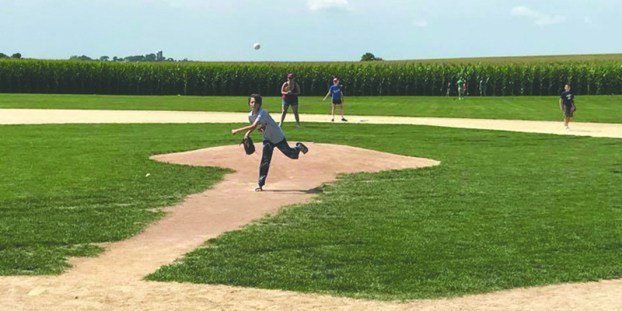 No cross-country baseball trip is complete without a stop at the Field of Dreams in Dyersville, Iowa. Photo Provided

It’s been said many times in many different contexts that the journey is the reward.

Austin grad John Frein can now back up that statement as he recently finished an RV trip that took him, his sons TJ and Jack and his friend Tim Flanery and his family all the way to Cooperstown, New York and back. The trip, which was centered around a baseball tournament, took Frein on a gauntlet through America and Canada’s highways and by-ways.

“I’ve never taken a trip like this. It was the trip of a lifetime,” Frein said. “The kids were very thankful. they might not realize it right now how special it was, but as they age and get older they’ll look back and say ‘wow, that was a heck of a trip.’ You can’t take that bonding moment away. It was like a constant, feel good moment on the whole trip.” 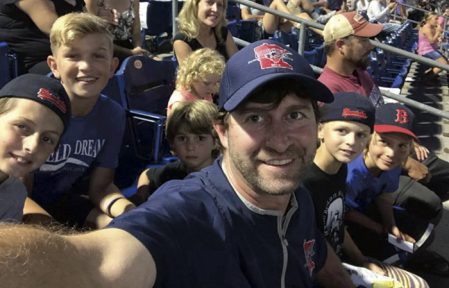 Austin grad John Frein recently took his sons baseball team across the country in an RV for some baseball and bonding. Photo Provided

Frein is the coach of the Bloomington Bandits, a baseball team that is full of 12-year olds, including Frein’s son TJ. Many of the Bandits players traveled by car and stayed on the main roads, but Frein was able to navigate through Canada on the way back, where he was gutsy enough to drive through Toronto with his 30-foot RV. He also was able to help his son Jack reach a rare feat — relieving himself in all four Great Lakes in one day, a task that Frein later commemorated with a t-shirt when he returned.

“We had a running joke that my kid peed in all of the Great Lakes, and we actually made a t-shirt for it,” Frein said. “Traveling in the RV was very comfortable. As far as the drive went, the kids didn’t even realize we were traveling. They were on the Xbox and able to move around and we stopped and made them look when we saw great scenery. I don’t know if I’ll ever want to fly again and I was the one driving. It was definitely the way to go. We got to see and do so much more stuff than if you were flying. We took different routes and we were lounging like rockstars.”

The Bandits, who did much of their own fundraising for the trip, brought 17 players along for the trip, which doubled as a family vacation for most of the players. The team stopped at the Field of Dreams in Dyersville, Iowa, a pair of Minor League baseball games, it went to the Pro Football Hall of Fame, where players saw former Viking Carl Eller and former NFL wide receivers Andre Reed and Tim Brown, and it hit up the Baseball Hall of Fame in Cooperstown. The Bandits competed in the Cooperstown Dreamspark Experience in Cooperstown, where they went 3-3 in pool play and lost their first game in bracket play. Frein said the team learned a lot of lessons about baseball and it had the ultimate bonding experience as it stayed in the barracks together while competing in the tourney.

“Most teams from Minnesota struggle to get two wins in that tourney. There are a lot of club teams and elite teams that go out there and try to win it,” Frein said. “We went out there with our regular team. We did very well. The guys were unselfish, everyone got their playing time and everyone supported each other. I was very proud of our team. Win, lose or draw it doesn’t matter that much. It’s all about the kids building teamwork and having fun together.” 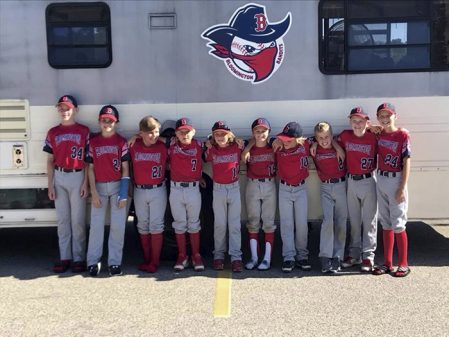 Frein did most of the driving on the trip, but he finally had to take a little rest and let his friend Tim drive when it got to be 2 a.m. on the final day of the journey. The RV, which Frein sometimes packs the whole Bandits team in for local scrimmages, eventually pulled into Bloomington at 5:30 a.m. on the morning of Aug. 14. 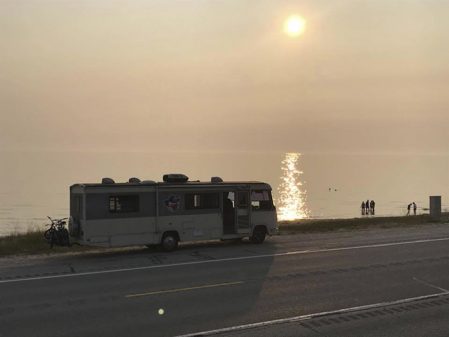 John Frein and the Bandits stopped at Lake Michigan on their RV tour for baseball. Photo Provided

A TRIP OF A LIFETIME

Austin grad John Frein recently traveled 2,500 miles in an RV for a baseball tournament for his son’s baseball team. The trip took him through nine states and one province. Here were the key stops along the way.

1. Field of Dreams in Dyersville, Iowa

5. Niagara Falls  in US and Canada sides

6. Anchor Bar in Buffalo, NY where Buffalo Wings were born 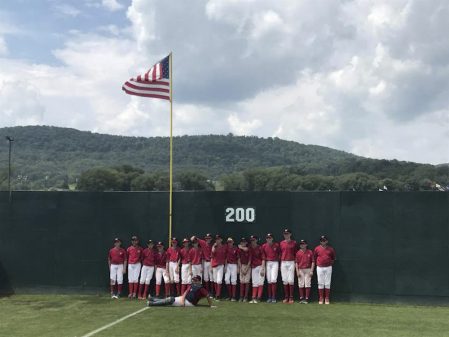 Austin grad John Frein recently took his son’s baseball team all the way to Cooperstown, New York in an RV for a baseball tournament. Photo Provided

The Austin girls tennis team opened its season with a pair of close losses in the Mankato West Invite Tuesday.... read more