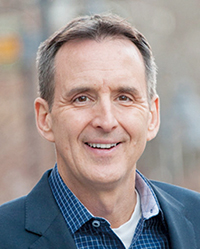 Republican gubernatorial candidate Tim Pawlenty believes the needs of the state’s modest- to middle-income residents are not being met, with not enough money at the end of the day to honor their hard work.

Pawlenty, who is running for a third term in the state’s top spot, said “the rich are going to be fine; the poor in Minnesota have programs that are really good compared to other states — but the people who I think who are getting left behind and squeezed are modest-income and middle-income people.”

Pawlenty, 57, was in town Monday to talk with business leaders and stopped at the Herald at the end of the day. Pawlenty, who served as governor from 2003-2011, announced his candidacy for another term as governor in April. He has yet to name a running mate.

Fighting for the middle class is among his top priorities, he said. Slowing down the increase in health insurance premiums is one, he said —  “they’re premiums rising too fast; scaring people and scaring families and individuals; it’s a burden and a worry” — while another is exempting tax on Social Security benefits.

“I think if you work … your whole life and you get to the end of the work road and have a chance to enjoy retirement, you should be able to enjoy Social Security benefits without the state taking a chunk of it.”

Minnesota, he added, was one of a handful of states that still taxed benefits.

He is equally as passionate about vocational education, he said, adding that focus on the  vocational sector has fallen — and needs to come back.

“The quality of life, unless you’re lucky enough to get an inheritance, really depends on your education and skill level; quality of life depends on access to a good paying job; and for access to that good paying job, you have to have the education and skill level,” he said. “I think we need to rethink how our schools and our training systems (are) preparing people for the skills nnecessary to access the economy of today and tomorrow.”

One piece is “re-embracing technical and vocational training … and bring it back to high schools pretty aggressively,” he said.

Aligning high school and college vocational training programs – a type of 2-plus-2 program for trades — allows a speedier entrance into the workforce once the college student graduates, Pawlenty added.

He cited a national study that showed that of all who attend four-year colleges, half drop out before they graduate — often leaving with deep debt and less lucrative jobs.

“Less than someone who graduated from a skilled trades program, who had less debt, who did it in two years and is paid more,” he said.

He added while he would not support forcing anyone to follow a vocational track in high school, it should be an alternative. Options should include the traditional vocational jobs, such as carpentry, welding and electrical, but other options, such as healthcare jobs, should be included.

“(We should) make it available, make it an option and promote it, celebrate it,” he said.

Softball: Packers rally to avoid an upset to beat…