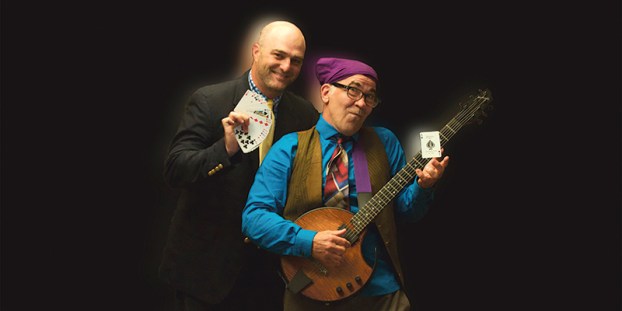 What can you say about a superhero based around a banjo?

Well, the only way to find out is to find out for yourself and what better opportunity than when Captain Gravitone & The String Theory Orchestra come to Austin to present its Banjo Hour at the Paramount Theatre.

Well, more than an hour really.

“It’s two full hours with a 15 minute intermission. It’s more than an hour,” said Eli Hoehn, one of two original members to start the group.

The show will be at 7:30 p.m. on Friday, April 6 along with The Galactic Cowboy Orchestra.

The band revolves around a concept of a superhero — Captain Gravitone and his adventures through time and space. Hoehn started the journey with a friend as a duo that eventually morphed into the group The String Theory which Hoehn admitted was pretty neat sounding until they started looking.

“We thought it was pretty clever until we found out about 14 other bands that had String Theory in it,” he said.

Eventually it morphed into an idea that surrounded their superhero Captain Graviton, until again some research found them crossing paths with a character already in the comic book world.

The next step was going to Italy. Well, not quite Italy. A member of the band pointed out the Italian version was Gravitone.

Over the years, Gravitone’s background evolved to a character that grew up in a circus freak show.

So the logical question is, what kind of music does the band play when the banjo is so prevalent? Good question.

“The kind of music we play is roots with elements of jazz and tank,” Hoehn said. “Roots music kind of involves blues and early rock. It’s kind of eclectic mixture of sounds.”

The show itself takes a lighthearted approach with quality music, comedy and a story. Banjo Hour is guided along by host and magician Michael Callahan out of St. Peter and Ron Arsenault as the announcer as well as a musician who will play on a few of the songs. 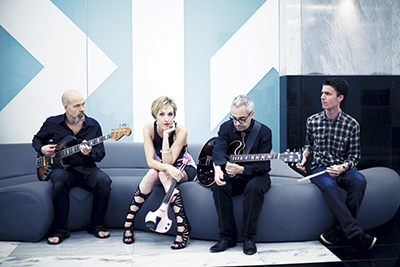 Along the way the group along with The Galactic Cowboy Orchestra will play together.

“First time in the history of the universe,” Hoehn said. “We’re actually going to perform together, 10 of us playing some songs. It’s a moment of galactic proportions.”

And if you think it’s only going to come down to one banjo then you are wrong. Hoehn and the group are bringing two other giants in the world of banjo playing. One of the best banjo players in the nation and host of Bluegreass Saturday Morning  Phil Nusbaum and Tom Nechville, who the Star Tribune called, “the mad banjo scientist.”

So then the next question is why the banjo?

“I like the banjo and feel like it’s a much maligned instrument,” Hoehn said. “We were just trying to come up with a name for the overall show — and it should be called the Banjo Hour.”

All and all, Hoehn really urges people to come to the show as it’s like nothing anybody has seen and heard before.

“This show, musically, it’s going to make your head spin,” he said. “It’s a vaudeville story, music, variety show. It’s one thing after another. There is always something going on.”

The Austin City Council will consider bids to Hansen Hauling and Excavating, Inc. for street reconstruction projects during its next... read more