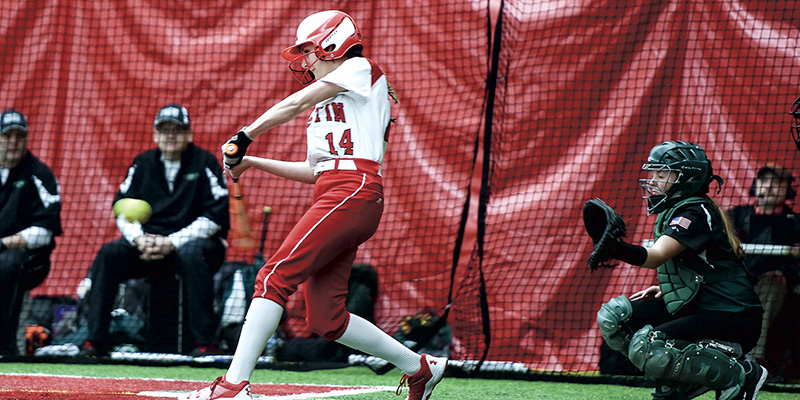 Austin’s Avery Thompson swings on a pitch against Faribault under the Wescott dome Tuesday. Eric Johnson/photodesk@austindailyherald.com

The Austin softball team showed it can play with a Big Nine contender, but a late slip-up proved costly as the Packers lost 10-6 to Faribault (1-0 overall, 1-0 Big Nine) in the dome at Wescott Athletic Complex Tuesday.

The Falcons went 21-3 overall last season and they have all of their starters back in the fold. The Falcons jumped out to a 5-0 lead after two innings, but the Packers pulled to within 5-4 in the fifth when Jordyn McCormack doubled in a run.

“We don’t go into games thinking of how good the other team is, we go in thinking we’re good,” McCormack said. “We just try to focus on ourselves and what we can do to win the game.”

Faribault pulled away in the seventh inning  with five runs including an RBI triple from Bri Bresnahan and a two-run homer by Claire Drentlaw putting Faribault up 10-4. 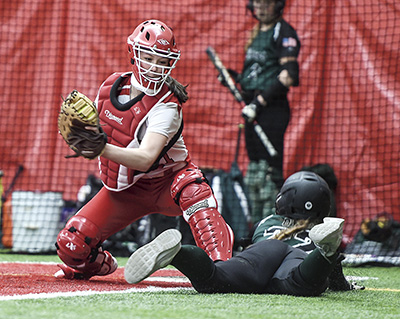 Austin catcher Jordyn McCormack turns for the tag on Faribault’s Lindsey O’Neill during the first inning Tuesday under the Wescott dome. Eric Johnson/photodesk@austindailyherald.com

“We made a few mistakes early on and we made some mistakes in the last inning, but other than that we played pretty well and we made a nice rally to get back in it,” Austin head coach Al Eckmann said.

McCormack hit a two-run homer to right field to pull Austin (2-2 overall, 2-2 Big Nine) within 10-6, but that was all of the damage the Packers could do. McCormack, a sophomore catcher, finished the game with two homers and six RBIs and she now has 12 total RBIs just four games into the season.

“When we get down, I just try to help my team get up and get a rally going,” McCormack said. “I really keep my head in the game and I take my time at the plate when I’m up there. I just wait for my pitch.”

Eckmann has been pleased with McCormack’s progress at the plate this season.

“She’s unbelievable,” Eckmann said. “We moved her to third in the lineup this year where she’s got some speed ahead of her and she’s done a good job of driving them in.”

Austin will host Tri-City United in a doubleheader at 4 p.m. on Thursday. 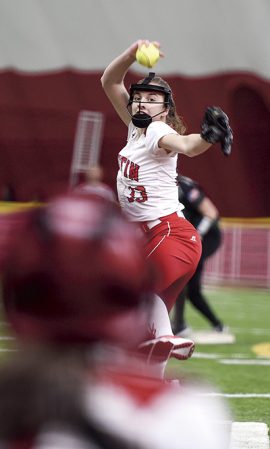