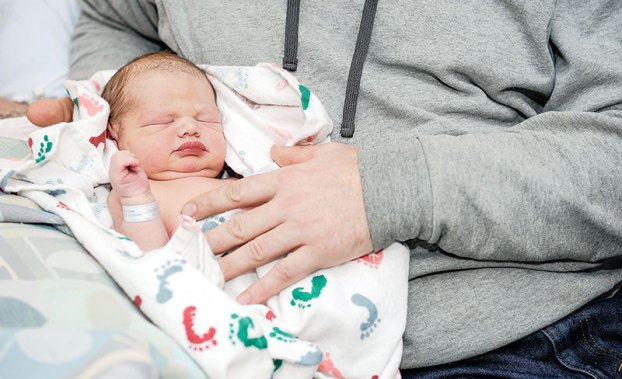 Welcome to 2018; Austin says hello to its first baby of the new year

Just as planned, Jayden Dennis Charnecki made his appearance on Wednesday, Jan. 3, at Mayo Health System-Austin.

What wasn’t planned was that Jayden would be the first baby of  2018 to be delivered at the hospital. He is the son of Holly Charnecki and Andrew Conway of Austin. 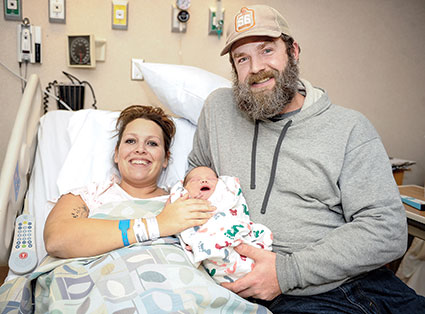 Jayden at 21 inches in length was delivered by Caesarean section at 1:59 p.m. Wednesday, weighing in at 8 pounds, 12 ounces. He joins older sister Avree Conway, 12; and brother Jaxon Charnecki, 4 1/2.

“It’s cool, being the first,” said Holly with a grin. Holly will take a break from her job as a server at Piggy Blues BBQ to get acquainted with her son. Andrew works at Berg’s Nursery.

The couple praised the Mayo staff for the care given Holly and Jayden.

“They were awesome,” said Andrew. “Extremely helpful and kind. It was comforting.”

“They were really good,” agreed Holly.

They also agreed that hopefully, Jayden’s first night was a good omen: He slept through the night.

And being the first of the year was pretty great, too.

“I wouldn’t have minded if he was the second or third baby,” Andrew said.

“But it’s nice he’ll grow up to say he was a New Year’s baby,” said Holly. 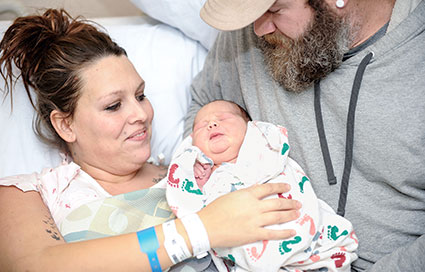