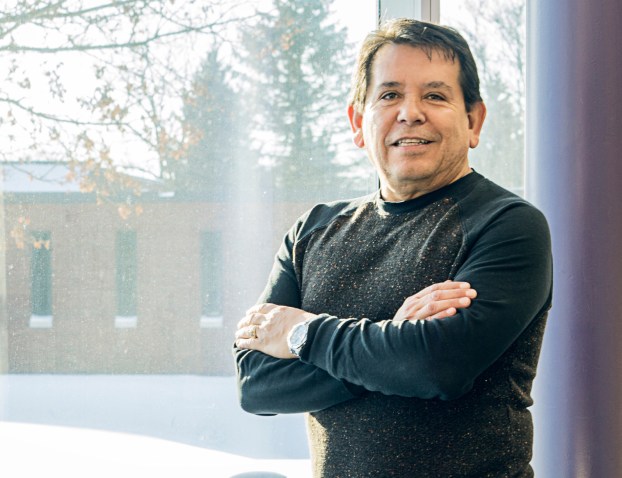 Unsung Heroes: To Miguel, everyone is family

Unsung heroes are those who make a difference in the shadows of the community. They are those “special” heroes who make the non-profits hum, the charities flourish and the small businesses prosper. Today I share with you the story of a very special person by the name of Miguel Garate. If you were to ask a random 10 people in downtown Austin who Miguel Garate is, seven would know exactly who Miguel is from personal experience.

Miguel grew up in Matamoros, Mexico, a town across the border from Brownsville, Texas. He came from a large family of four brothers and three sisters. He was known as the fat one and was bullied during his early years.

His father was a farmer and his mother a nurse. His mother quit work to take care of the large family when he was quite young. His family, while not poor, engrained in the children the importance of college. As a result all seven children attended college.

In 1974, Miguel took a job in Brownsville where he worked as an inventory auditor as well as being married with a daughter. In 1997, he was hired by the Workforce Center in Brownsville, which led to a move to Austin, Minnesota. He had never been this far north in his life and wondered what snow, ice and cold weather would be like.

Upon arrival Miguel started as a line worker at Quality Pork. His immigration status at the time was that of a permanent resident of the United States from Mexico.  Miguel became a United States Citizen in 2000. He holds both Mexico and United States citizenship. That year was a banner year in that he also began work for Riverland Community College as its minority advisor. This changed the college positively and also changed Miguel.

He loved getting to know people from all over the world who came to the college to start a new life. The college enrolls international students from more than 30 different countries. He says that every day is different and an adventure. Miguel loves hearing about their dreams and helping them reach their goals in life.

However, not all of his experiences are positive. He is presently working with the Brown Printing Plant employees in Waseca, Minnesota. The plant is scheduled to close.  He is providing employees who have worked for years at the plant information about opportunities to return to college for further training and/or education. The plant is the largest employer in the community with about 750 employees.

Miguel finds working with students rewarding and a significant part of his life. One of his most recent adventures is working with DACA students. DACA is best known as Deferred Action for Childhood Arrivals. That was an American immigration policy introduced by President Barack Obama that allowed some individuals who entered the country as minors, and had either entered or remained in the country illegally, to receive renewable two-year periods of deferred action from deportation and to be eligible for a work permit. The policy has changed and was rescinded this past September. What will happen to these students no one knows.

His heart is also with the Queen of Angels Catholic Church where Miguel is an integral part of the church community.  When asked how he would describe Austin to someone who has never visited the community, he readily says that the community is a city of opportunity and diversity. He witnesses this everyday as he actively takes part as a board member of the KSMQ Public Television Station, the Austin YMCA, the Human Rights Commission and the Latino Economic Development Center.

It is hard to know who he is related to in the community as he refers to everyone as part of his family. One who is content with life shows that through his facial expressions and how he greets those he meets. An unsung hero is Miguel Garate of Austin, Minnesota.

Vision 2020 Director Greg Siems worked his last day on Friday. Siems, who took over the directorship of Vision 2020... read more